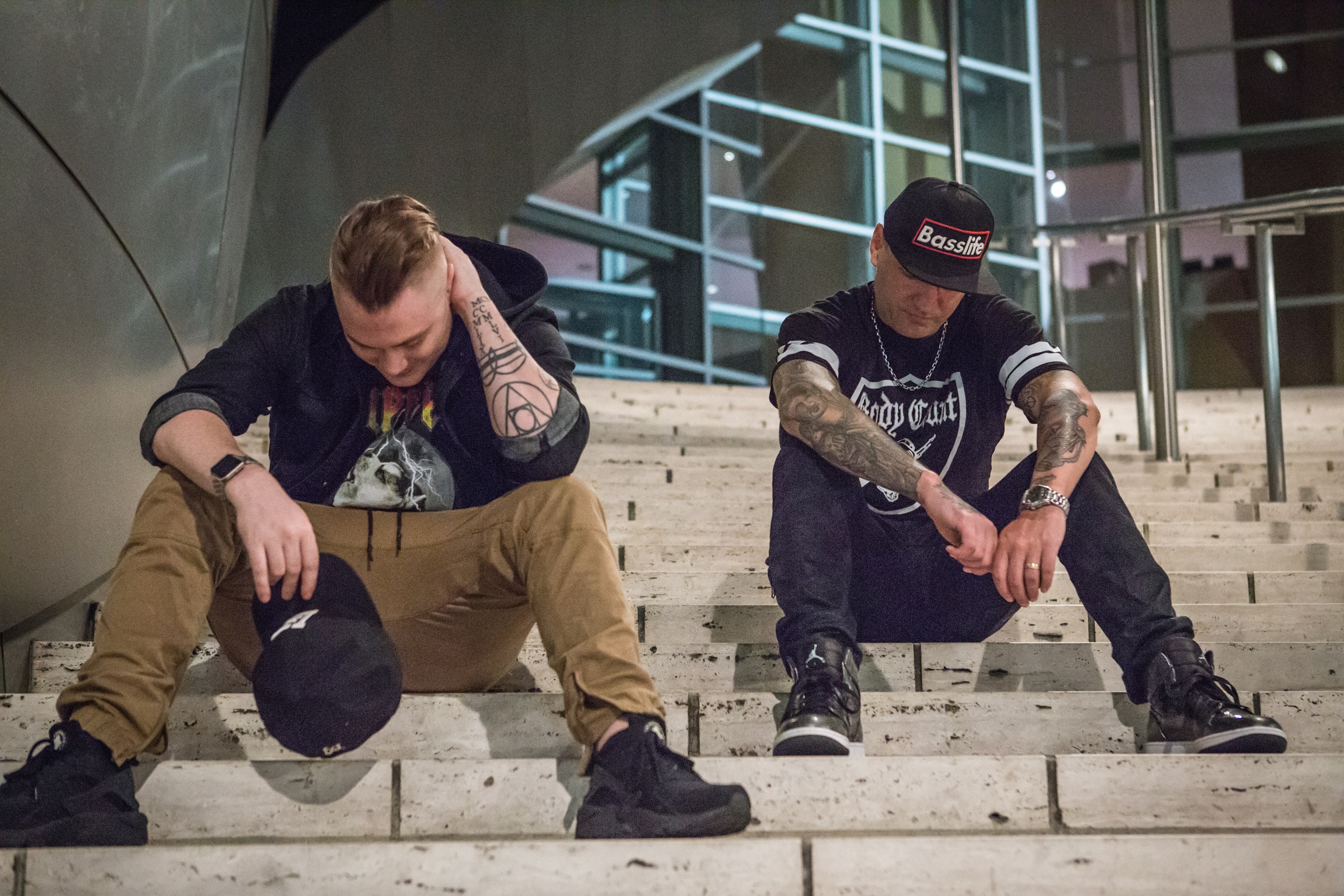 Terravita Issues Response To Wild Claims Made By Ex-Member

Not so long ago, Terravita was a 3-man project. The drum n bass/dubstep trio emblazoned a trail in bass music, largely known for the beginnings of drumstep with their hit song “Up In The Club.” It’s been almost exactly two years since the group became a duo, and Chris Barlow of Terravita still bears no ill will toward Matt Simmers, who left the group. In an interview with Beatroute in May 2016, Barlow said of the split, “If Matt got in touch with me and asked me to plug his new stuff for him, I’d do it in a heartbeat. I still love the guy. There’s no bad blood there.”

He echoed much the same sentiment to me today over the phone, except with a little less exuberance.

Yesterday, blog EDM Identity published an interview with Simmers as he had just released a new single from his current project Woofax. The interview began by asking why he’s now working solo, and Simmers began… claim after claim of malfeasance and wrong-doing on the part of Terravita, positioning himself as the sole creative force behind the group.

Simmers claimed that he “wrote 99% and engineered 100% of all the music for Terravita and Hot Pink Delorean,” as well as “designed and curated the majority of DJ sets” that Chris and final member Jon Spero would play on the road “when I was busy in the studio.”

He clarified further, “[Since] Terravita’s last release on Firepower records, I have NOT been writing the music. From what I understand, they’ve hired someone anonymously to do the job I was doing.”

EDM Identity allowed this interview and the claims within to be published without contacting Terravita and getting their side of the story, allowing Simmers to retain full control of the narrative. And reading through the interview, Simmers’ words seem to unravel as he speaks – if he had as much control over the production and DJing as he claimed, why would he settle for only one third of the stake in the project? Not to mention I’ve seen Terravita play multiple times, both while Simmers was a part of the group and after he’d left, and I can safely say that the sets were not “curated.” Furthermore, many of the claims made in the interview were about things no one can prove or disprove.

When I reached out to Terravita about the interview today, their sentiment was one of shock and confusion.

In a statement exclusively provided to Your EDM, Terravita said:

“Anyone who has known Jon & I over the last 10 years and has real knowledge of the situation would see that the interview is an attempt to slander us and create drama in an attempt to shine light on our ex-member’s new release. If this was not his motive, he would have issued this statement at another point over the last 2 years he has not had anything to do with us, and not on the day of the release. Promoting music through drama in this way is a negative cancer on a scene that we have worked so hard to build over the last 15 years while promoting shows, owning a record store, and co-producing Safe In Sound and Lost Lands alongside Terravita and [Hot Pink Delorean]. The bass scene should be a place that people can turn for positivity and an escape from this type of negativity. With that in mind, we would rather take the high road and keep actual details of the break up between us and not get into a he said/she said argument online. In regards to Matt’s ghost production claims, we have recently worked in the studio with Adventure Club, P0gman, Bare, Kompany & KJ Sawka. They can all attest to our studio ability. Keep it positive.”

In speaking with other producers about Terravita’s professionalism in the studio, many were quick to sing their praises, much at odds with what Simmers told EDM Identity.

Christian Srigley of Adventure Club said, “I’d be extremely surprised if things went down the way they were told in the article. I know that they’re not hiring ghost production because I’ve looked through entire projects with them.”

For what it’s worth, Srigley acknowledged Simmers’ skill in the studio – that much isn’t up for debate. Simmers works with PK Sound and does indeed work closely with Izotope as well as Audeze Headphones. He also does mixing and mastering for many of the artists on Firepower Records, as well as individual artists like Excision, Crywolf, and The Crystal Method. Barlow confirmed that Simmers did most of the mixing and mastering for Terravita as well, so it would make sense that he retained the finished project files.

“Someone in every group has to do production,” continued Srigley. “For example, in Adventure Club I do the bulk of the production. But it would be insane for me to say that Leighton doesn’t work on music. I could show you all the project files on my computer, but that doesn’t reveal anything about what the creative process was like. And the creative is, in our opinion, the most important part. But we’ve always leaned towards songwriting over production. Project files don’t show the entire group sitting around hashing out ideas, feeling things out, throwing out ideas, etc.”

BARE sent an exclusive statement to Your EDM, as well, saying, “I’ve known Terravita my whole career, personally and professionally.

“Matt’s article is all lies meant to get a reaction to promote his new music. I recently released a collab EP with Terravita on Buygore. Chris & I wrote all of the music together. No reason to lie here.

“Even when the group was working on music together, Matt always said he did it himself, even on tracks that contained big contributions from other members. He would go missing for weeks at a time with no communication with the group. When he was in contact, Matt would start fights within the group as well as with the groups agents and managers. As far as live shows, just being blunt, Terravita has and always will be Chris & Jon. I can only remember a few runs that Matt even showed up to perform. For him to have stooped to this level, it looks like his personal issues have gotten worse with time. Hope he finds help. I wish him the best.”

In the end, we can only take each party’s words as face value. No one but Matt, Jon, and Chris and their management really know what went down. But Simmers’ words were clearly meant to be controversial and attract attention to his new track, and using past drama to drum up traction for your work is no way to be respected in the dance music scene, nor in entertainment or business at large. Hopefully this matter can be solved in private before it escalates any further.