Whethan unexpectedly just tweeted out that his Good Nights Tour is actually his “good bye tour” and fans are freaking out!

The 18-year-old producer set off on his tour on September 14, kicking things off in Los Angeles. Little did fans know at the time that he’d be ending his already successful run as a producer (or, at least under the name Whethan).

Unfortunately, this looks like the beginning of the end:

hey I just want to thank you guys for coming on the "good nights" tour. What you probably didn't know is this is also the "good bye tour"…

During his short, but quick rise on the scene he has delivered hits with “Savage,” “Love Gang” featuring Charli XCX, and his single which sparked this very tour — “Good Night.”

However, Whethan followed up hours later to clarify that he wasn’t done with music, and also surreptitiously dropped the news that he has an album on the way. Surprise!

don't worry i'm not done with music. i haven't even dropped the album yet. my journeys barely beginning. stay tuned 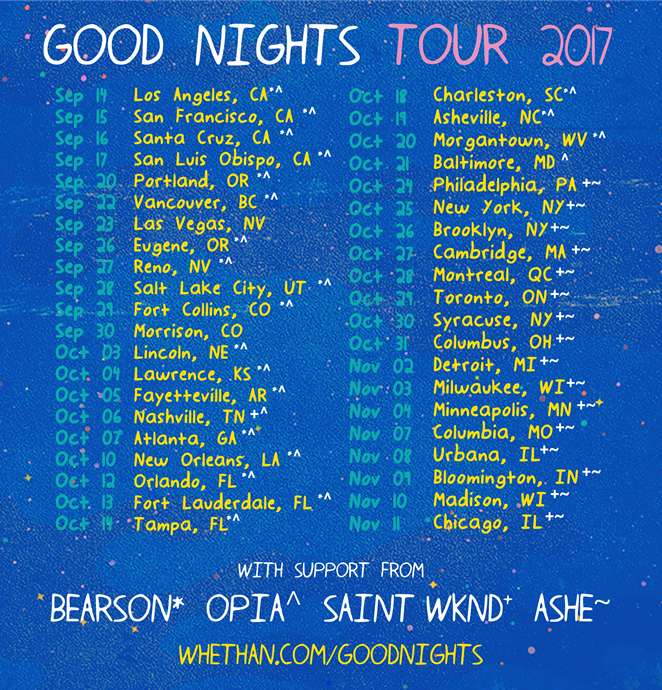 The Trailer for ‘Major Lazer: Give Me Future’ Is Here And As Epic As We Hoped