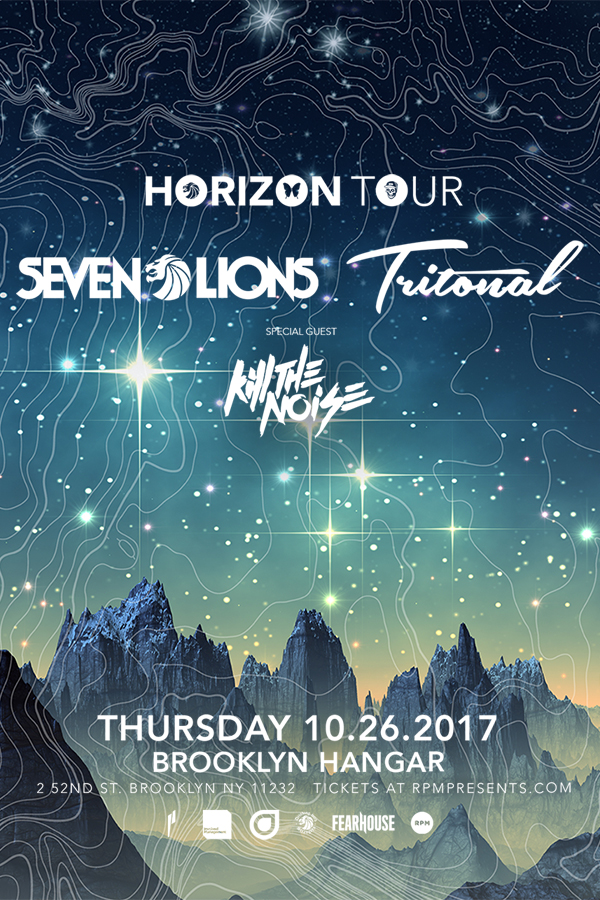 It’s never too late for last minute plans for All Hallow’s Eve. If you live around the New York Metropolitan area, the single best event to get your freak on will be Fearhouse hosted by RPM Presents.

New York City’s largest Halloween events will be curated by none other than the city’s most exclusive name in dance music: RPM Presents. The team over at RPM has assembled a lineup for nearly every dance music fan possible.

This Thursday Seven Lions, Tritonal and Kill The Noise will be throwing down at the Brooklyn Hangar, continuing Seven Lions Horizon Tour and kicking off New York City’s All Hallows Eve events. Grab tickets here!

Lost Lands Music Festival was my last festival before starting The Horizon Tour later this month. Check out the recap video: