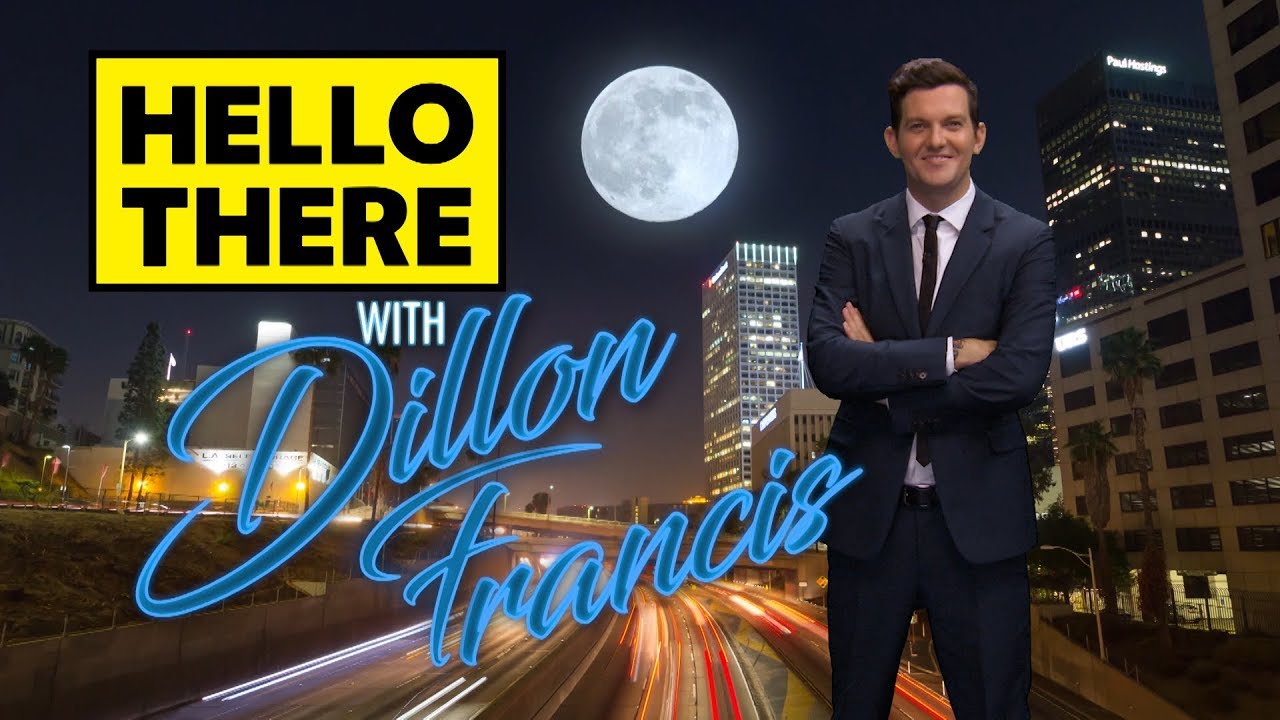 The only thing better than Dillon Francis is multiple Dillon Francises — and that’s exactly what his new music video for “Hello There” has to offer.

Playing different characters online like DJ Hanzel, Becky, and emo Preston has certainly paid off, because the producer seamlessly acts as about a dozen more in his talk show. The new video glides across the set of Hello There with Dillon Francis, a late night program with no shortage of interesting guests and hilarious moments.

“The video for ‘Hello There’ is my favorite thus far in my career,” said Dillon.  “Working with The Dads was almost as insane as playing all the different characters in the video.”

“Dillon is an absolute gem and a dream to work with… his multi-faceted performance blew us away,” said The Dads. “His body type is that perfect sweet spot (in between size medium and large), so fitting him in 10 outfits was no problem whatsoever.”

As the crowd is wowed by pizza making Dillon, interpretive dancing Dillon, A-list actress Dillon, your host Dillon and more, the tropical, carefree track with a touch of his signature moombahton moves the action right along. The only thing noticeably missing from the set of “Hello There” is the Pineapple Man, which we hoped would have a bigger role than simply appearing in the album art. Maybe he’s a tough guy to track down.

Regardless, we have to say this is easily our favorite music video from Dillon Francis. It represents everything he’s all about — good music and a great time! We only wish we were part of this studio audience.