Is Misanthrop the Frank Sinatra of Drum and Bass? The Former Neuro Stalwart Talks About His ‘Blurred’ EP and How He Did it “My Way”

Since his game-changing self-titled LP in late 2016, Misanthrop has been on the quiet side in terms of releases. In addition to Misanthrop, he and his Neosignal partner Phace blew the neurofunk scene away in 2014 and 2015 with some of the hottest and most unique tracks of the new decade but 2017 saw Misanthrop taking a breather from production – or so we thought. October 27 saw Misanthrop, given name Michael Bräuninger, release a new EP called Blurred and fans can expect the unexpected, to say the least.

Misanthrop sat down recently with Your EDM to discuss the new EP, the current neurofunk climate and how he feels it’s important for artists not to worry about genre or what the drum and bass community expect of them. Most importantly, Blurred is a declaration of artistic and sound design independence and Bräuninger’s renewed commitment after Misanthrop to make music “his way.”

So was this your first EPs in your new studio? Some of us have been following your photos on Instagram and it looks really great.

No, I did the new EP on my laptop because the studio wasn’t ready at the time. It’s finally done now. I have been dreaming about doing this since I’ve been making music. I just have a few little things like a second door to put in but it’s so exciting to finally have dedicated space.

It looks great with all the sound boxes and stuff. Now you can go as loud as you want!

(Laughs) Well 90 percent of the time it’s not too loud because I don’t want to oversaturate the sound. Besides it’s not good for my ears.

So the Blurred EP is now out as of this past Friday, October 27 and it’s quite different from anything you’ve done before. What was your general process or motivation for doing something so out of your box?

Yeah I know it seemed very different, but after the album (“Misanthrop” self-titled, released in late 2016)…you know all those songs were songs I really liked. I mean of course I liked them but when you make an album like that you spend so much time with the songs and then I played them out as well. It got to a point where I just wanted to take a next step and make some tracks that were new and that I liked in a different way. That is why for the EP I just wanted to experiment and do something different.

You felt you wanted to swing the pendulum to the other side now?

Yes, sort of. There are definitely things in the EP where there’s still a style or some things I took from the album (last year) that I liked but I sort of wanted to experiment more. I have so many experimental stems and things on my hard drive but many of them I just haven’t taken the time to work on and make good enough. That was part of why I did this EP; to take those things out and play with them, apply stuff I learned from the album to see if I can make it so I like them. And now I do! And I think they’ve been getting a good reaction as well when I play them out.

Well that explains tracks like “The Lick.” As soon as the album opens, listeners will know it’s going to be very different.

(Laughs) yeah that’s good! I don’t want to keep doing the same thing and I don’t want to put myself or let other people put me in a box and say “he’s neurofunk,” you know? I think I can do anything I want creatively and I hope that when people listen to this EP they recognize that. People should realize that with any artist I think.

So let’s go through each track on the EP. On “The Lick,” is jazz something you’re really passionate about?

No, not really in the sense that I felt I had to do a jazzy track. I like Miles Davis and sort of jazz fusion, but I haven’t really listened to it for 15 years or more and I’m not really into it now but it really was just I knew I had that little piece (of the opening of “The Lick”) on my hard drive and I wanted to see if there was something I could do with it. It was a small inspiration I suppose and then one thing led to another and it was suddenly a track, you know? It really was just me playing around with things to see how I could maybe combine a jazzy intro and drum and bass. It wasn’t a plan. I just did it the way I wanted and I did it my way. 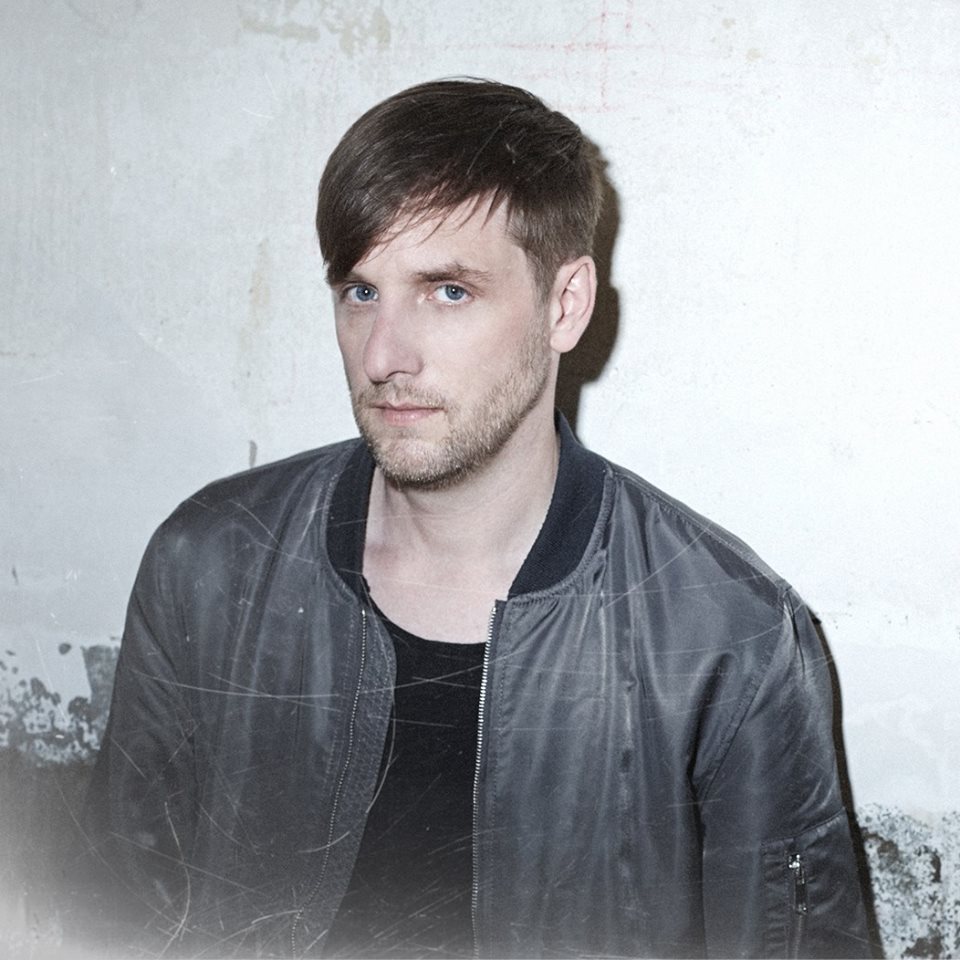 Is that normally how you operate? More on inspiration than a specific plan?

That’s definitely how it happened with this EP. Sometimes I do have a plan or how I want something to sound but I’d say 90 percent of the time I just have a little idea or a spark of something and then my writing is how I make that idea work and so again it’s an experiment. With the Blurred EP it was the ideas I got from my own hard drive (laughs). I love the idea of building something from nothing.

Moving to the second track, “Random”; it sounds more like what people might think of as your style. It sounds like it could have gone on the Misanthrop album last year. How did that one come together?

Yeah I started that track pretty much right after the album released. I just had that riff in my head and the sound I wanted. That’s an example of something I already sort of had planned out. I had a rough idea so I put it down right away but again I let it sit for a while. I didn’t pick it up again and start working on it until about five months later when I was going through the process of doing this EP. Once I picked it up again I finished it in three days.

Wow that’s quick, especially for something so technically complicated. What about “Short Stop”? That seems like another one which was more recognizable in the face of your previous work.

Actually to me it pretty much came from the same ballpark as “Blurred.” I wanted it to have a kind of rolling vibe with still a very good structure. All I had with this one to start was the hook and the lead synth so then I think I built the main part and built it up until it had the structure I wanted. I think it’s a good lead-in to “Blurred” and it says everything it should.

Speaking of “Blurred,” that track sounds quite experimental and it seems to be the one people are talking about the most, and critics are also saying it’s again very different from tracks in the past, but also one of the best. Talk us through the process of how you came up with that one.

“Blurred” is the one I think I like the most as well. I spent quite a lot of time to arrange it. I had to figure out how to keep the intensity and the attention span of the listeners because it is so minimal musically. I spent a lot of time on arrangements. I’m quite proud about it because even I can still listen to it and I still like it (laughs)!

I also think it was a natural progression from tunes I did before like “Deadlock” and the “Garbage Truck” remix (from Hybris) and even “I Need More,” I think it fits into that kind of stuff if you think about it. There is a vein of minimal techno in all of those tracks and there is definitely that vibe in “Blurred.” I don’t know if people notice it, but I actually listen to a lot of minimal techno. That’s the sound I really like to listen to myself so to me I’ve always been influenced by that style and it shows up in my work a lot. “Blurred” really felt like the next logical step for me. In that way it sort of reminds me of the Camo and Krooked album (“Mosaik” released June 2017)…it’s kind of in that ballpark so I also felt I wanted to give a nod to minimal techno and some other stuff but still make it for the dancefloor.

How did you decide on the order of the tracks on the EP? It seems like there’s a musical progression there from “The Lick” to “Blurred.”

You know I actually really wondered and worried about that. I wasn’t sure about putting “The Lick” as the lead track because to me “Blurred” would make more sense to open the album. I just thought to put it on the last place in the EP I guess just to see if people would pick it up all the way at the end, and then 90 percent of the people who I sent the EP out to said the same that “Blurred” is the one.

I think also that “The Lick” moves nicely into “Random” and then “Short Stop” as I said before is a nice lead-in to “Blurred,” so it all worked out the way it was meant to be.

How has it been to play “Blurred” out?

To me, playing out lately at clubs or raves or whatever it just seems that everyone expects a certain sound and there’s nothing different anymore. It’s all good music of course, but going out with a track like “Blurred” sort of wakes people up. It’s been quite funny and cool for me to go up and play this because you see people’s reactions and they’re so great like “what’s that?” People don’t expect it. It really does work well. I just recently played “Blurred” as the last track of my set and of course with my sets I really go hard so to end with that it’s quite fun to see the reactions. I really like how that works at the end of the set.

It will be really interesting to see what the public says when the EP comes out in full since it is such a departure, especially in the current climate where it seems subgenres are getting more divisive. This one kind of defies subgenres.

My perspective on that is at the end of the day I just have to progress the way it makes sense for me. I know a lot of people in drum and bass like to look to the past and of course I love all that music from the 90s and 00s too but if I want to progress as an artist I just have to do what I feel and I can’t hold on to what already passed. If you do that and are constantly saying “oh everything was better back in the day” or something is “classic” and can never be improved upon, you start to sound like your parents talking about “the good old days.” I can’t do that. To me it’s stifling. I don’t want to repeat what I’ve already done so, you know, I hope people like it but now for me it’s more about if I like it and doing it my own way.

Misanthrop’s Blurred EP is out now and available to stream and purchase on all major platforms, with links to all of them on the Neosignal website. Links to Misanthrop’s and all Neosignal artists’ social media, Soundcloud and updated news can also be found there.