by Jeffrey Yau
in EDM News

Earlier this week, Martin Garrix revealed that he was smack in the middle of exporting a new AREA21 record which should have fans salivating over the prospect of what’s to come for that project next year.

To date, AREA21, which consists of Garrix and rapper Maejor, hasn’t been the most prolific with just three records in a span of over 18 months. Garrix revealed the record via Instagram Story and all we know right now is that it’s called “It Doesn’t Really Matter,” and though there’s literally other information available at this time this should hopefully give AREA21 fans something to look forward to.

Shout-out to Brian Pothoven from Your EDM’s Family Facebook Group for the heads up! 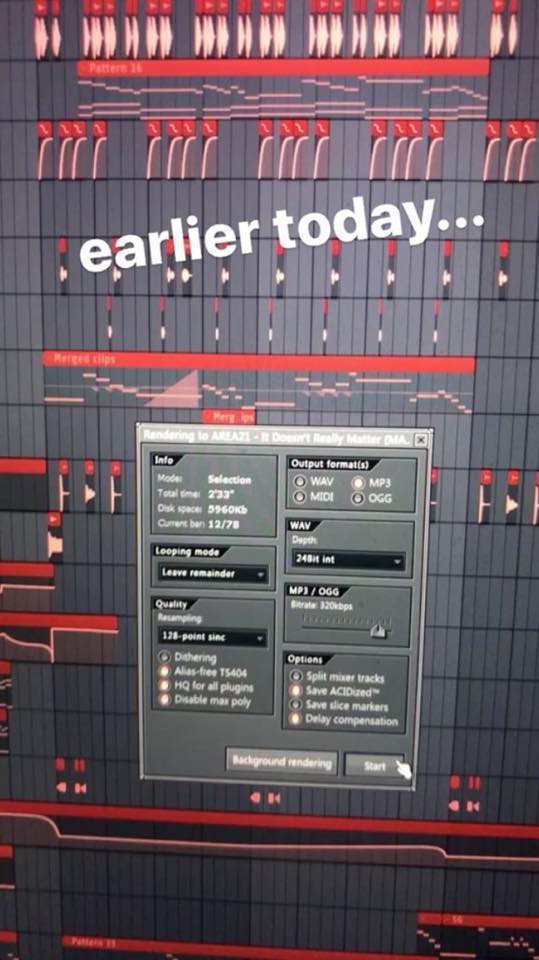 Listen to all of AREA21’s releases below.