Well that didn’t take long… Soon after news got around that Diplo talked a little smack about Taylor Swift and her controversial song “Look What You Made Me Do,” her Swifties are moving in on the producer… And they are absolutely ruthless.

Taylor’s fanbase is now calling Diplo out for using her name as a publicity stunt. What set them of was his following quote:

“Music is in the hands of the kids. Streaming is literally what kids want to listen to over and over again. They want to listen to ‘Rockstar’ and ‘Bodak Yellow.’ They don’t want to listen to, like, ‘Look What You Made Me Do.’ That music doesn’t relate to them at all. I don’t think it ever did. They were only given that by radio and marketing budgets. I’m impressed with Post Malone. I can relate to him more than Taylor Swift.”

We’re just waiting for Diplo’s secondary Twitter account @_diplo_ to take the reigns on this one. Please. 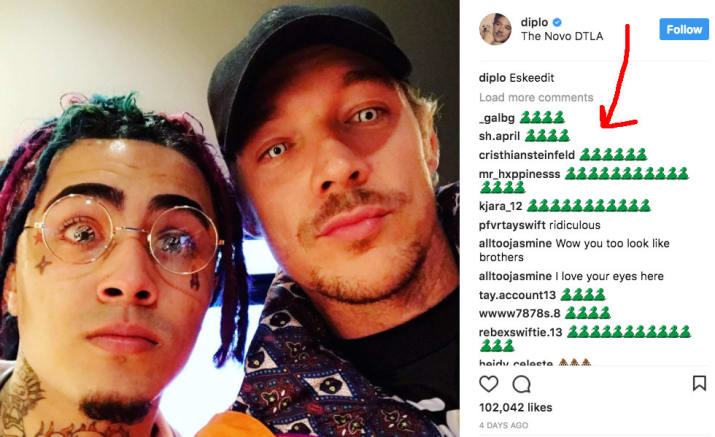 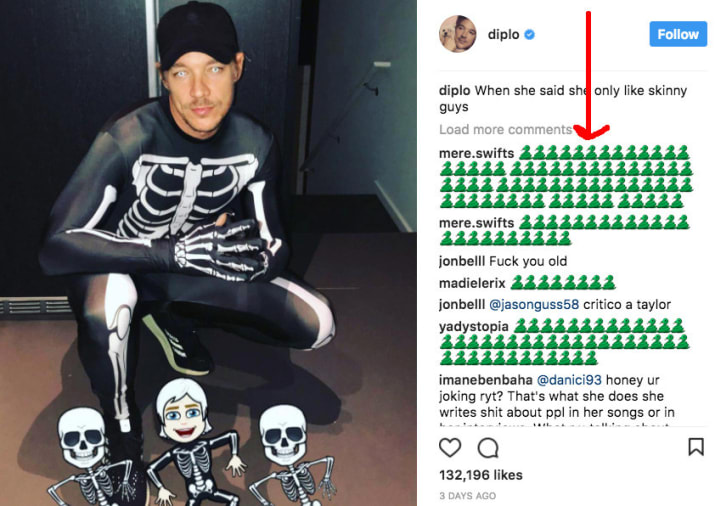 Tags: beefdiploLook What You Made Me Doreputationtaylor swift
Previous Post