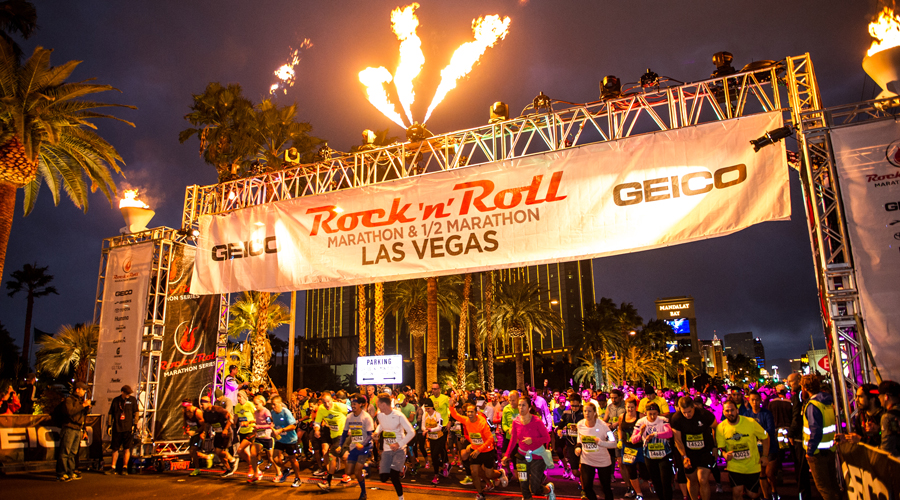 The aftermath of the Las Vegas shooting at Route 91 Harvest music festival has resulted in heightened security across the city, but the show must go on…

The 9th annual Rock ‘n’ Roll Las Vegas Marathon, a festival-meets-footrace, is the first major event scheduled on the Las Vegas Strip since last month’s tragic happenings. Changes in scheduling and new security procedures are being put in place to make the experience a safer one for its attendees.

For starters, the race is now set to begin one mile away from the originally planned starting point outside of Mandalay Bay Resort & Casino, the hotel in which the gunman shot from the 32nd floor to kill 58 people and injure another 500+ more. The Goo Goo Dolls were also scheduled to play on the same grounds as the Route 91 Harvest music festival, but current plans have switched the Saturday night performance to the Las Vegas Festival Grounds five miles north of the strip.

“In such close proximity to a tragic event, we didn’t want to be hosting a kickoff celebration. But the drumbeat going through town is ‘Vegas Strong,’ so the first checkmark was: ‘Yes, we’re going to be doing the event and hosting athletes from all over the world.'”

Rock ‘n’ Roll is planning on more than just route changes. According to Las Vegas Police Capt. Andy Walsh, 350 police officers and 180 police vehicles will patrol the event. There will also be surveillance cameras, police sniper nests, and a helicopter overhead at all times.

“This year we’re on that list of cities that have proven to be vulnerable to somebody who’s determined to do something,” Walsh said. “We use that in planning and strategy for this event, and it will be part of all future events.”