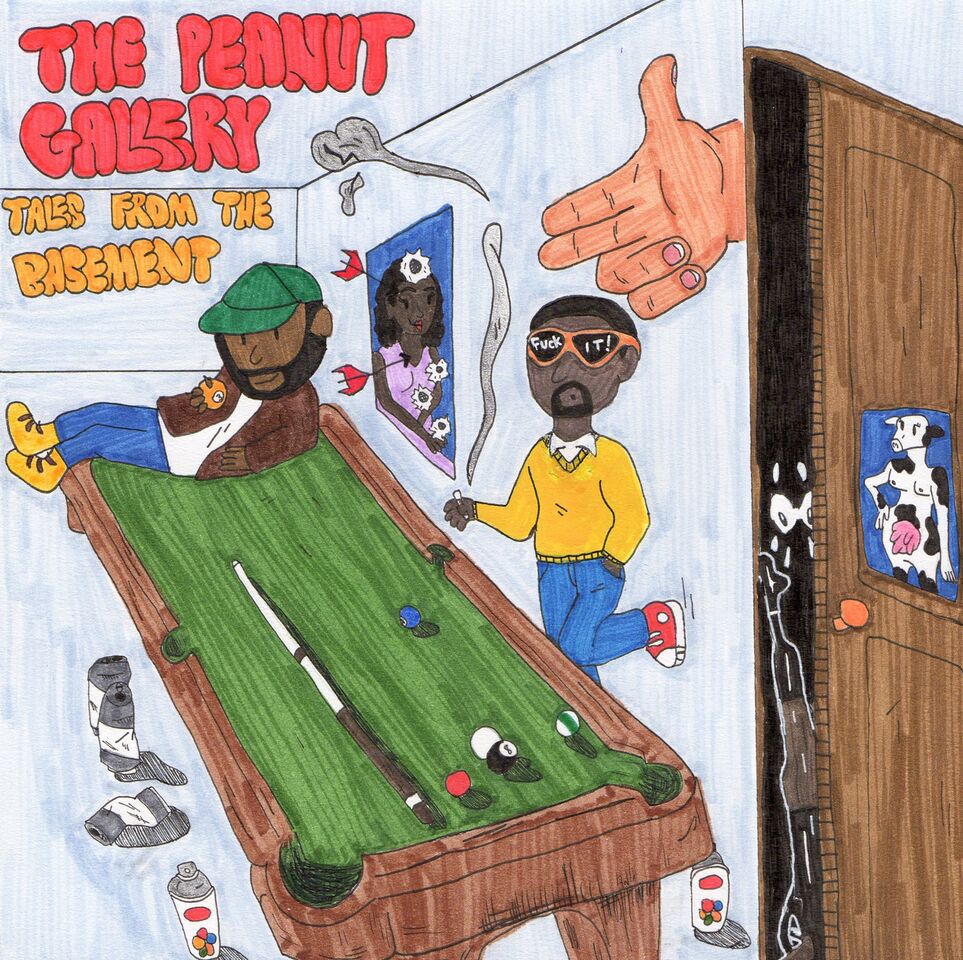 The Peanut Gallery Finally Release Their Debut Album, ‘Tales From The Basement’

The Peanut Gallery are a duo from New Jersey whose diverse sound and genuine message have left a lot of both hip hop and EDM fans curious. Prior to the release of Tales from the Basement, their debut full-length album, the duo released two singles, “Deep Thoughts” and “Time Flies By,” which were on vastly different ends of the musical spectrum. With the album, fans and critics were wondering which way The Peanut Gallery’s style would lean. It turns out there really is no leaning; as their first two singles indicated, The Peanut Gallery are all over the board.

It does seem as though The Peanut Gallery have a central message on this album. In fact, it opens with an obvious declaration of their mission statement. Spoken, not rapped with very little backing music, the “Intro” is a statement from the duo, individual names Orlando and Flee Jones, declaring that their music is mean to shake up the game and speak out against the commoditization of hip hop and for the rest of the members of the community whose voices have yet to be heard. It’s a strong statement and helps to unify the content on the album.

With that unifying concept in mind, Tales from the Basement is still quite diverse in both style and content. In fact, it pretty much covers all the styles one can think of in hip hop and incorporates quite a bit of EDM. “Deep Thoughts” and “Time Flies By” are two good examples, as the former is a very bare bones style focusing mostly on the lyrics with bare bones hip hop beats while the latter is literally disco house with catchy auto-tuned vocals. After that many more styles appear: “Choppaz” is sort of a melodic trap style beat wise, while “Sensational” is sort of a tongue-in-cheek nod to early 00s commercial hip hop extravagance.

Other tracks on Tales from the Basement are more straightforward underground in style, such as “Made Me Feel Good Today (The Chicken Shack Song),” which may remind underground audiences of early Das Racist. Even tracks which are heavy on the modern techniques like snare-heavy trap beats and auto-tune have a heavier, more introspective core to the lyrics so while Orlando and Flee Jones may be all over the place style-wise, their message is clearly their core.

Now that Tales from the Basement has been released in full, it’s easier to get a handle on what The Peanut Gallery are trying to do as a concept. With their comic strip album illustrations and skits in between tracks as well as the unifying philosophy stated very clearly in the album’s intro and carried lyrically throughout, it seems Orlando and Flee Jones mean to use this project as a multimedia platform to incorporate a number of hip hop and EDM styles while making it more about the message and what the artist has to say. It’s a noble goal and with the quality of the tracks on Tales from the Basement, seems more than achievable for The Peanut Gallery.

Tales from the Basement is out now and can be streamed or purchased on iTunes or Spotify. The video for “Deep Thoughts” is available on The Peanut Gallery’s YouTube channel. Stay tuned for more videos and skits.