Woman Reported Missing Was Actually Just At A Week-Long Rave

It’s not uncommon for your phone to die during a night out and have to depend on friends or strangers to call you an Uber home, given that they trust you enough to Venmo them back. However, perhaps when you’re headed to a week-long rave in another country, you prepare for the worst.

Thalissa Van de Lagemaat was headed to a party in Santa Fe, Granada, away from her home in the Netherlands, which was set to begin on October 31. According to Euro Weekly, de Lagemaat’s phone and identification were stolen before she went to the festival, but she told her family she would be back.

After some time went by, her family became understandably worried and filed a missing persons report, but it wasn’t much later that de Lagemaat popped up on social media, posting about the same festival. Again, understandably, her family was more than a little upset. 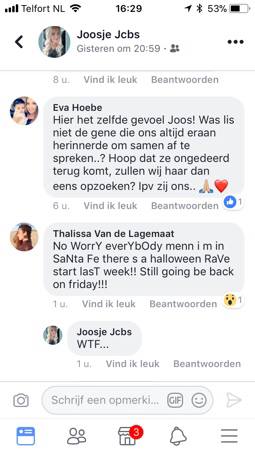 Moral of the story: always prepare for the worst, and for God’s sake, check in.