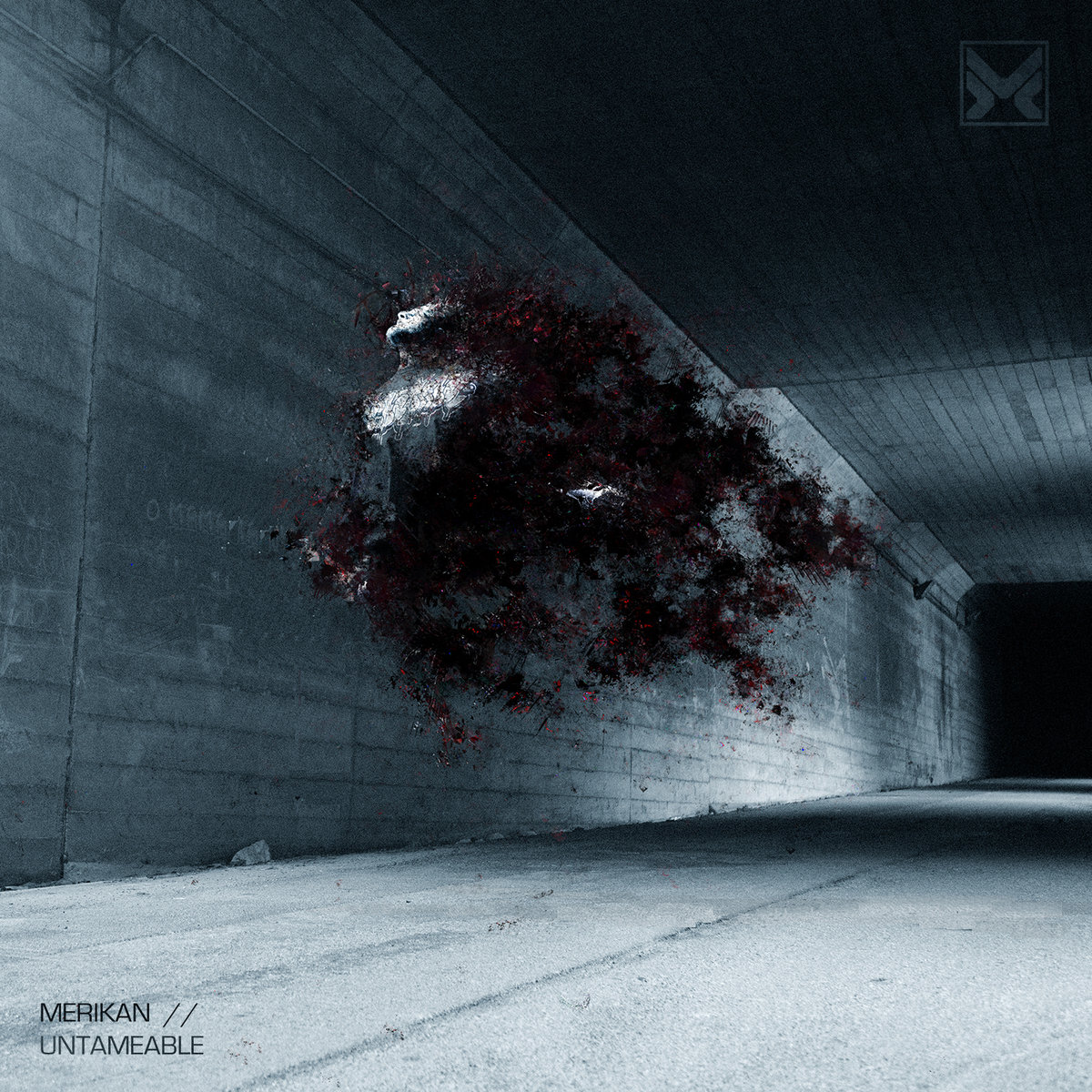 Talk about a slow burn: “Untameable/Counter-Insurgency” dual single by Merikan was released for MethLab’s inner core way back in October, so if you want new ML releases quick-like, it pays to sign up. After that, a slow tease began with streaming services releasing the single on November 11, then Bandcamp yesterday, November 14. Thursday, November 16 will finally be the worldwide release, so consider this a soft premiere from Your EDM. No matter what it’s worth the wait.

Merkian has been toggling releases back and forth between Blackout and MethLab for the past year or so, but “Untameable/Counter-Insurgency” is quite clearly meant to be with MethLab. Both tracks have steppy, techy drums and synths with complex breaks, as would be expected from Merikan. “Untameable,” the a-side, has a really interesting set of two synths which toggle back and forth on the beat, which is surprising because synths are often done off-beat to create more syncopation. Since these are directly on beat, however, the high-pitched synths add to the intensity of the track.

“Counter-Insurgency” is a more straight-on neurofunk track with heavier synths and a level of syncopation in the beats which is truly unique and could almost be mistaken for a break. The track in fact has a number of different types and tempos of beat, yet it somehow manages to keep its danceability and energy until the very end. “Counter-Insurgency” is one of those tracks which will do well on the dancefloor because of its energy and vibes, but it also has a level of complexity which can be appreciated when sitting down to listen with good headphones.

With the “Untameable/Counter-Insurgency” single finally out this Friday, Merkian’s shown he’s definitely a force to be reckoned with in the neurofunk world. The single is available now to stream on Soundcloud or for purchase on Bandcamp. Check the MethLab website for details on other release platforms.