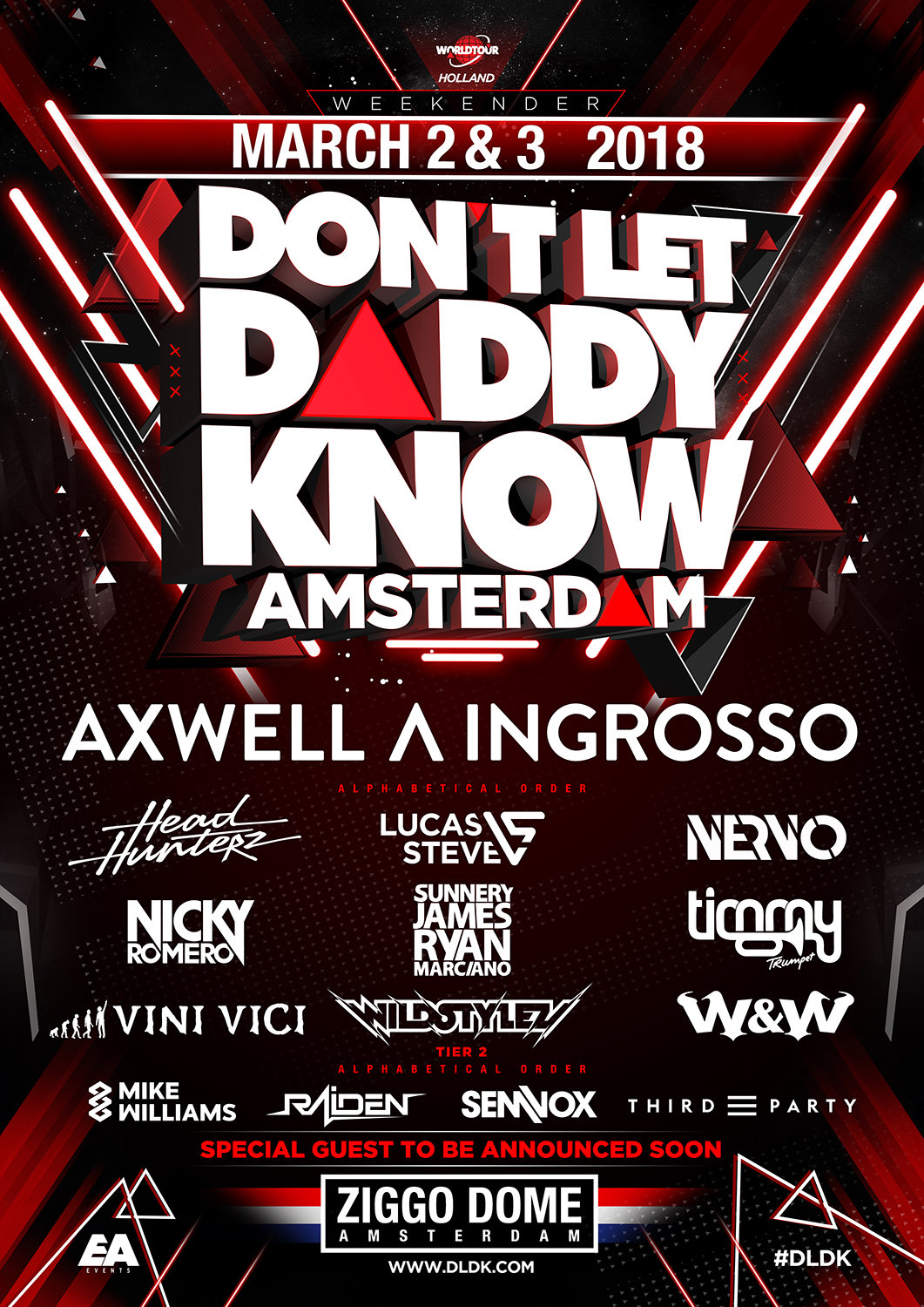 Don’t Let Daddy Know will make its triumphant return to Amsterdam’s world famous Ziggo Dome for what’s sure to be a raucous weekend March 2 and 3. Axwell /\ Ingrosso will headline a star studded lineup that features some of dance music’s best including Nicky Romero, W&W, Headhunterz, NERVO and more.

What began six years ago on the magical island Ibiza, is now a worldwide phenomenon that takes place in stadiums and arenas around the globe. DLDK succeeds in creating an atmosphere of togetherness at even the most massive venues. Fans will be treated to brand new production this year. Get your tickets to be there as the Ziggo Dome gets transformed into the biggest nightclub on earth March 2 and 3.

Check out the sick after-movie below to see some highlights of last year’s DLDK Amsterdam. It might be time to book a flight.