by Matthew Meadow
in Events, Tickets

Protohype has been an LA fixture for a while, but he hasn’t always been. Before the #Puppycrew, Firepower producer lived in Los Angeles, he hailed from Nashville, and it is there to which he will return.

Protohype is moving out of LA before the end of the year, but not before throwing one massive bash to say goodbye. Teaming up with his and our friends at Space Yacht, Protohype is throwing a “Peace Out LA” party tonight at Sound Nightclub featuring support from Algo, Hami, and Cosma (and probably loads of special guests who will show up to support). 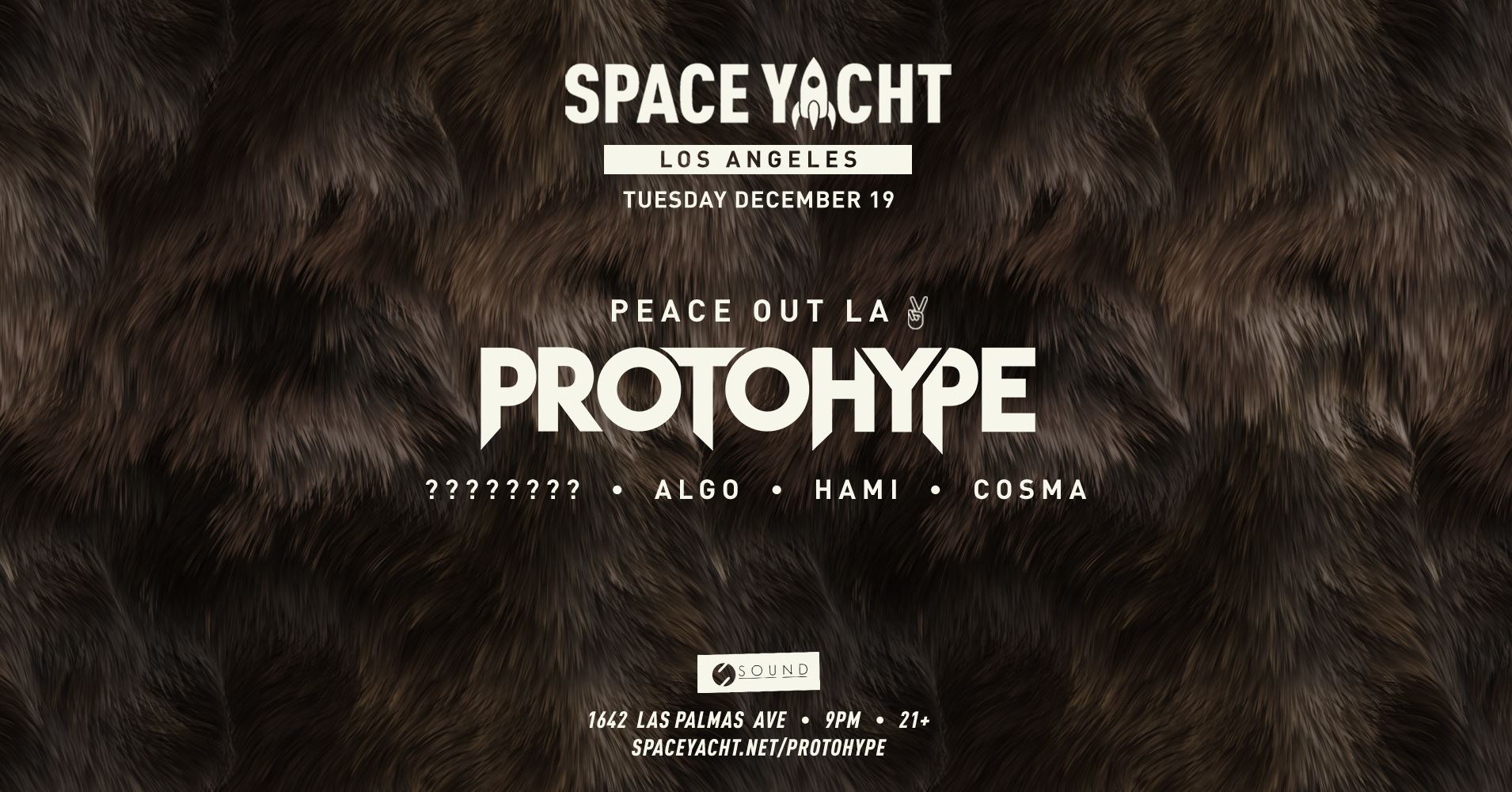