For EDM, one act stands out: Silk City, Diplo‘s new side project with Mark Ronson. This marks the formal announcement of the project, and it remains to be seen if Diplo and Ronson will release new songs or just perform together under the name. Aside from that, the EDM on the lineup is slim pickings, with Galantis, The Glitch Mob and Flight Facilities being the only notable names. Other interesting gets include CHVRCHES, N.E.R.D., The Gaslight Anthem and Jay Electronica.

Governor’s Ball will take place at Randall’s Island in New York City on June 1-3, 2018. Check out the full lineup below: 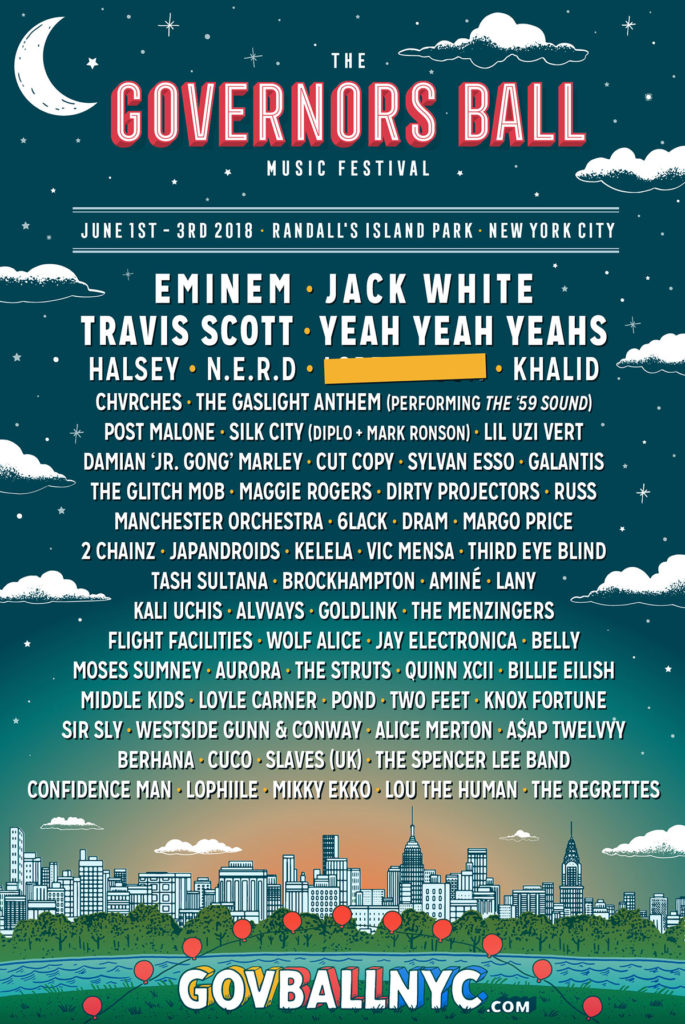