Electric Daisy Carnival just dropped an insane lineup for its flagship event in Las Vegas, but the festival series is making some serious waves elsewhere…

This year marks the second edition of Insomniac’s EDC Japan and the lineup is seriously stacked. kineticFIELD, circuitGROUNDS and neonGARDEN and the Boombox Art Car will all find their home away from home at Zozo Marine Stadium & Makuhari Beach Park on May 12 and 13.

Heavy hitters like Alison Wonderland, Martin Garrix, Diplo, Above & Beyond, deadmau5, Illenium and REZZ will perform for tens of thousands of Headliners at EDC Japan. They’ll be joined by Kayzo, Alan Walker, Dimitri Vegas & Like Mike, Flosstradamus, Vini Vici, W&W, Chris Lake and many more. Plus, EDC Japan will be treated to a special NGHTMRE & Slander Present: Gud Vibrations set! And there’s still more to be announced.

Soon EDC Japan will take place under the electric sky! Both GA and VIP tickets for the second edition of EDC Japan are now on sale — so get that passport ready. 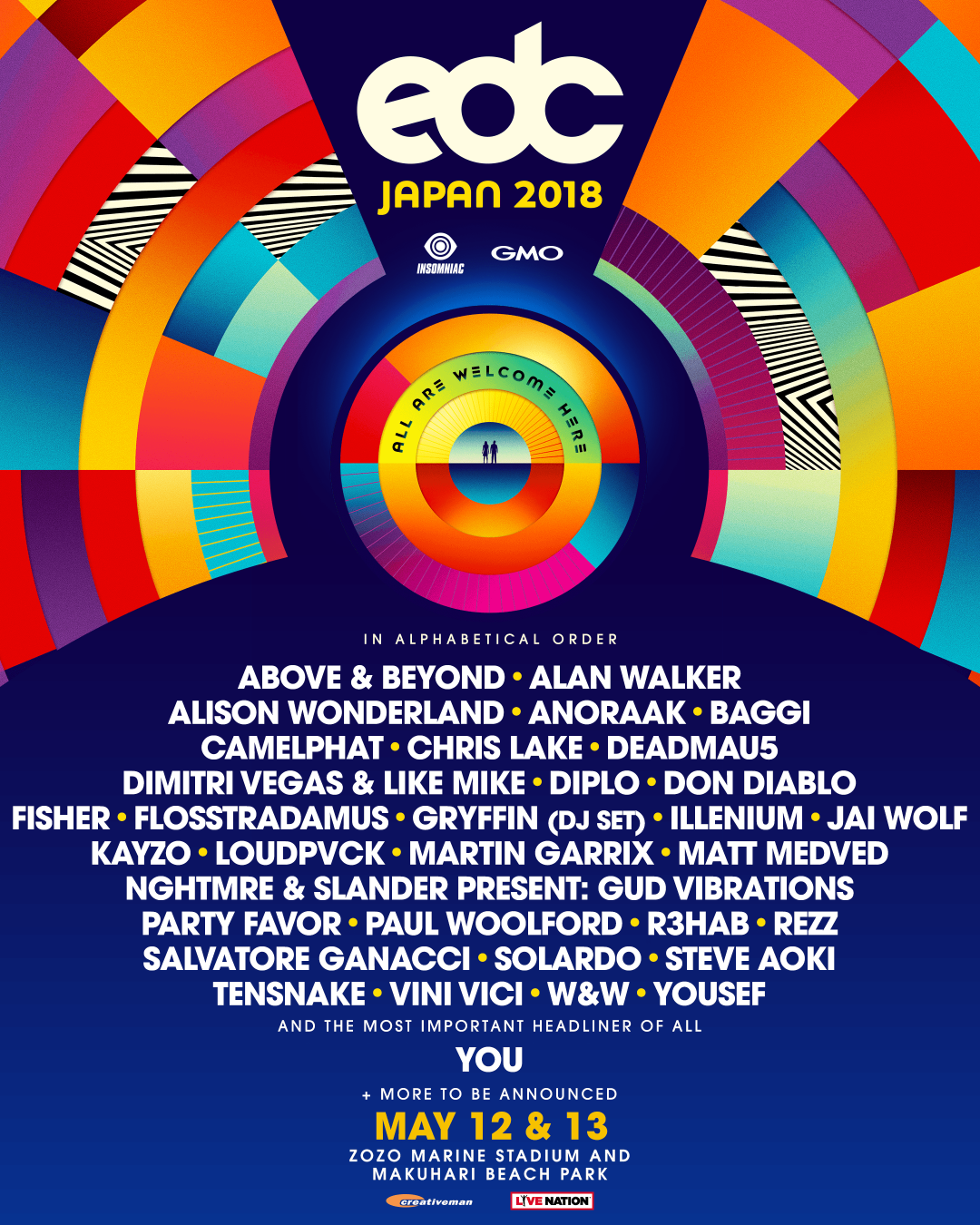