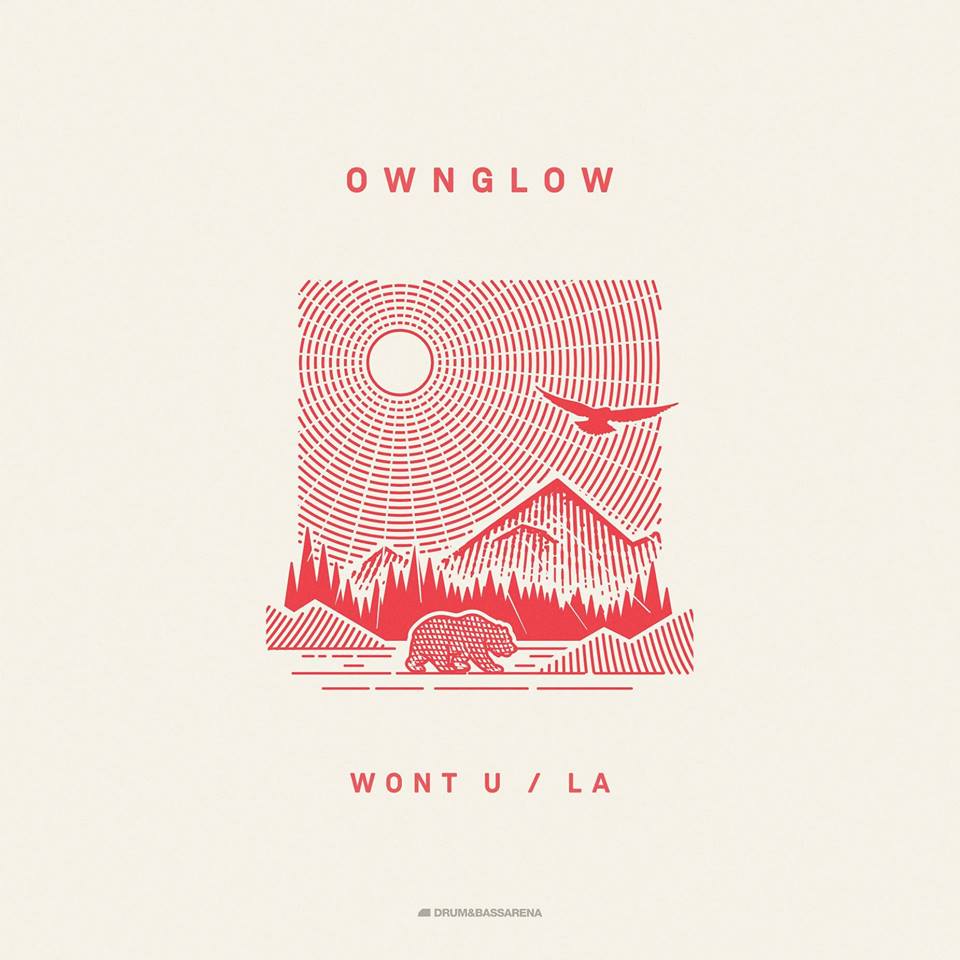 We’re not sure how he did it with no vocals or discernible samples, but on the b-side track of his new single out March 2 on Drum&BassArena, Ownglow managed to perfectly capture the city of Los Angeles. The jumpy, steppy new track, with all its twists and turns, throwback ’90s beats and crunchy sub bass is beautiful and dark, complex and subtly simple; just like the City of Angels itself.

To date, most of Ownglow’s releases have been on Hospital but the release this time on Drum&BassArena doesn’t seem to have affected his style. The 21-year-old producer from Arizona seems to be growing his sound on his own terms, though he started at a pretty high level already. The dual single of “Won’t U/LA” sees Ownglow moving from highly syncopated yet liquid-based production to more classic beats and sounds. It also shows his diversity and his understanding of the larger DnB genre, which is profound for someone so young.

While a-side “Won’t U” is a straight-up liquid track and very well done, “LA” is also derived from a classic jump up style but with a lot more twists and turns. More specifically, it hearkens back to the late 90s and early 00s, the early days of darkstep and neurofunk where the jump up beat was still prominently paired with heavy, grinding sub bass. As the track opens, one could be forgiven for mistaking it for a Usual Suspects track off Renegade Hardware or the like of “Cops Don’t Like Us” on Moving Shadow. These are deep cuts for such a young producer to find, so the fact that Ownglow has found inspiration in these kinds of tunes is already impressive.

What takes “LA” to the next level is all its different layers and the the placement of the sub bass in and around them. Said sub bass is likely a re-tooled sample from one of those early neuro tracks, cut apart and flipped inside out, then stitched back in at the end of each snare-heavy drum phrase. It gives a sort of Dragnet/cop show vibe but also connotes a wider, sinister funk the track and, effectively, Los Angeles. Along with this funky yet prominent underbelly, Ownglow weaves in some truly beautiful melodic interludes and a good old ambient synth which again, correspond to so the beautiful parts of Los Angeles and its whole vibe. Think sunrise at a downtown rave over the L.A. river: it’s achingly beautiful not just in spite of the more dangerous elements like Skid Row and the ubiquitous police sirens, but because of them.

The complexity and depth of “LA” will likely be felt on many levels by many different drum and bass fans, both young and old. On top of that, anyone who’s been to Los Angeles knows exactly what this track means to convey, and Ownglow does it perfectly.