With the announcement of their new single “Higher Than The Sun” and forthcoming album Our Nation, Swedish duo Dada Life has announced a 30-date North American club tour under the same name!

“Our Nation” will hit major markets across the US and Canada (sorry, Mexico) including New York, Los Angeles, Las Vegas, Toronto, Winnipeg, Phoenix, Dallas, Chicago, Kansas City and more. If you don’t see your city on the list, be patient as there are still three dates yet to be revealed!

The club tour is set to begin on April 27, one week before Our Nation is released on May 4! Our Nation will mark Dada Life’s first LP release since 2012’s The Rules of Dada. The 11-track album has something to offer fans on the full-dance music spectrum: from hard-edged bangers like the album lead off “Our Nation,” to softer, slightly orchestral accented album closer “Falling Backwards In Time” or the latest single, the uplifting and good-vibed electro-house “Higher Than The Sun” which was mixed by Daft Punk collaborator Mick Guzauski.

Tickets for the “Our Nation” tour are on sale now! Click here for more information and to purchase tickets. See full tour itinerary below. 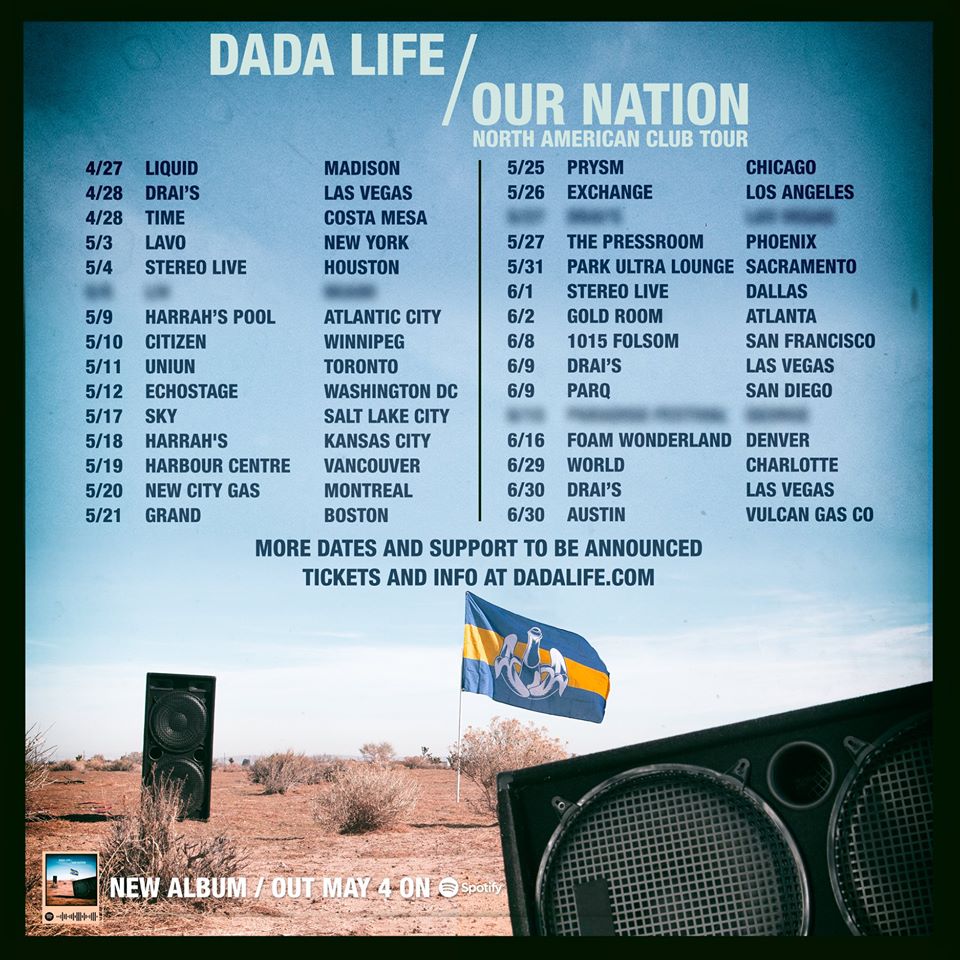 Dirty Audio Gets Filthy With “Racks” Out Via Monstercat [LISTEN]