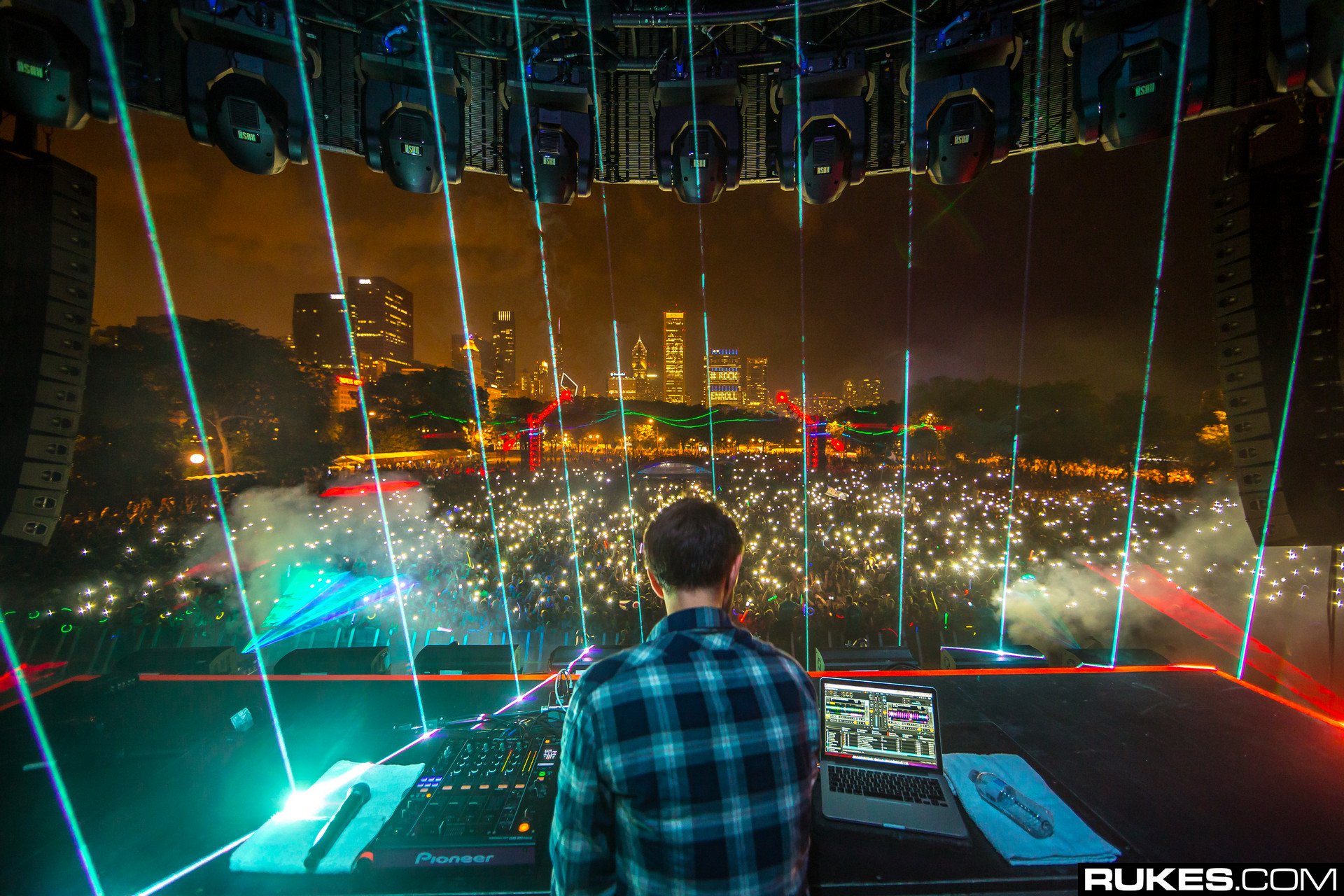 Your EDM’s Predictions for the 2018 Lollapalooza Headliners

Lollapalooza drops its lineup tomorrow on Tuesday, March 20. The Chicago music festival brings huge acts to Grant Park every year, and this upcoming year looks to be no exception.

As is the case with most festival lineup drops, rumors have been swirling about who’s playing. Cutting through the rumors can be a daunting task, but we at Your EDM are up for the challenge. We’ve uncovered solid leads on who will headline this year’s festival, including a huge pop star and a massive EDM duo. Check out our predictions for who could headline Lollapalooza below:

The Weeknd has become one of the biggest artists on the planet. And even though The Weeknd toured his latest album Starboy last year, recent activity suggests he will release new music soon. Plus, he’s headlining Coachella, Panorama and even Lollapalooza Berlin this year.

In addition to the circumstantial evidence, a reputable Reddit user by the name of Jesus4Jews hinted at The Weeknd in a reply to another user’s speculative post on the Lollapalooza subreddit. Jesus4Jews has repeatedly leaked and hinted at Lollapalooza acts the past two years, and you’ll see him popping up on this list a lot. He also leaked that The Weeknd dropped out of Lollapalooza’s 2017 lineup last year, which was corroborated by a post on music website Consequence of Sound. Given Jesus4Jews’ hint, Lollapalooza’s history with The Weeknd and The Weeknd’s upcoming festival dates centered seemingly around new music, it’s safe to say The Weeknd will headline Lollapalooza this year.

ODESZA will go down as one of the fastest rising acts in EDM, going from low undercard support act to festival and arena headliner in the span of just a few years. And now it looks like they’ll headline Lollapalooza, according to a hint from Jesus4Jews.

Beyond the hint, ODESZA headlining makes a lot of sense. They’re in that fringe headliner space where they can headline smaller festivals but provide strong sub headliner support on bigger festivals. Since Lollapalooza has conflicting headliners across its four days, the festival can slot those fringe headliners in headliner spots. ODESZA also has upcoming appearances at Coachella, Hangout, Fuji Rock and Panorama, not to mention Canadian festival Osheaga (acts usually cross over between Lollapalooza and Osheaga since they run the same weekend). Finally, ODESZA’s upcoming tour completely skips Chicago, a telling sign that they’re in the cards for Lollapalooza this year.

Recent news suggests Arctic Monkeys new album would release in May, right before their various festival dates abroad and at the Firefly music festival in America. They also announced a tour in America that hits Los Angeles, New York and other huge cities. But, the tour mysteriously skips Chicago completely. Arctic Monkeys also previously headlined Lollapalooza in 2014, so the band already has history with headlining the festival. Rock may be going through a transitionary time, but Arctic Monkeys is one the modern rock bands that can assuredly headline Lollapalooza this year.

Hip-hop has become a dominant force in pop music, and rapper Travis Scott has helped lead the charge. This confirmation comes directly from Travis Scott himself, who posted upcoming tour dates with Lollapalooza accidentally listed.

Lollapalooza has since been removed from Scott’s tour dates, but there’s plenty of other evidence pointing toward him playing. He will release his new album AstroWorld in the coming months, has already headlined Okeechobee and Buku and will go on to headline Governor’s Ball, Rolling Loud and Osheaga. Scott also exists in the fringe headliner space, making him a perfect headliner candidate for Lollapalooza this year…even despite causing a riot the last time he played the festival.

Jack White became a huge rock icon for his work in his early band The White Stripes (every EDM fan ever has heard “Seven Nation Army” played at some point on a festival’s main stage). But, White has gone on to forge a pretty solid solo career. He’s headlined every festival under the sun, including Lollapalooza, and it looks like he will make his return to the festival this year.

While no direct source confirms Jack White’s appearance at Lollapalooza, his tour dates completely skip over Chicago. His tour is in direct support of his new album Boarding House Reach, which releases this Friday. The tour includes headlining shows at Governor’s Ball, Boston Calling, New Orleans Jazz & Heritage Fest and Shaky Knees among others. Finally, he has a long-running history with the festival itself. It’s safe to say White will return to Lollapalooza once again this year.

The indie band hasn’t officially announced their new album yet, but big tour date announcements suggest it’s coming soon. It’s been five years since the release of their acclaimed album Modern Vampires of the City released, so the anticipation for new music is definitely there. Vampire Weekend have also headlined Lollapalooza in the past, and their persistent relevancy suggests they’re still capable of holding down a headlining slot.

One of the fastest rising rappers in music, Logic seems destined to make the jump to Lollapalooza headliner this year. He didn’t initially appear on our radar, but new tour dates that skip Chicago and have him open to play the Thursday, Saturday or Sunday of the festival paint a pretty convincing picture.

Logic sits in that fringe headliner space much like Travis Scott, ODESZA and Vampire Weekend, making him a perfect candidate to headline Lollapalooza. His recent collaboration with Marshmello and news of a $30 million record deal with Def Jam show that his career will only expand in the coming months. Plus, he will be touring in support of his new album Bobby Tarantino II, which also just debuted at the top of the Billboard 200 chart. Logic may be a late game addition to our prediction list, but him headlining Lollapalooza couldn’t make more sense.

Our final prediction may not be a household name for our readers, but The National is a huge indie band. While The National hasn’t officially confirmed or leaked their appearance at Lollapalooza, the band’s lead singer appears to be majorly hinting at it in a new Nerdist podcast.

Matt Berninger, The National’s lead singer, interviewed with fellow indie band CHVRCHES on a new installment of the Nerdist podcast to chat about their new collaboration. When asked if the CHVRCHES and Berninger would ever perform their collaboration together, Berninger said that both of them were going to be at a “thing in Chicago.” The answer may be vague, but we believe it definitely points toward Lollapalooza. The National were also on all of the spin-off Lollapalooza lineups this year and have history with the festival. Lock them in as the final of the eight acts we predict will headline the festival this year.

The Lollapalooza lineup comes out tomorrow, March 20. Check back in to see how accurate our predictions turned out!