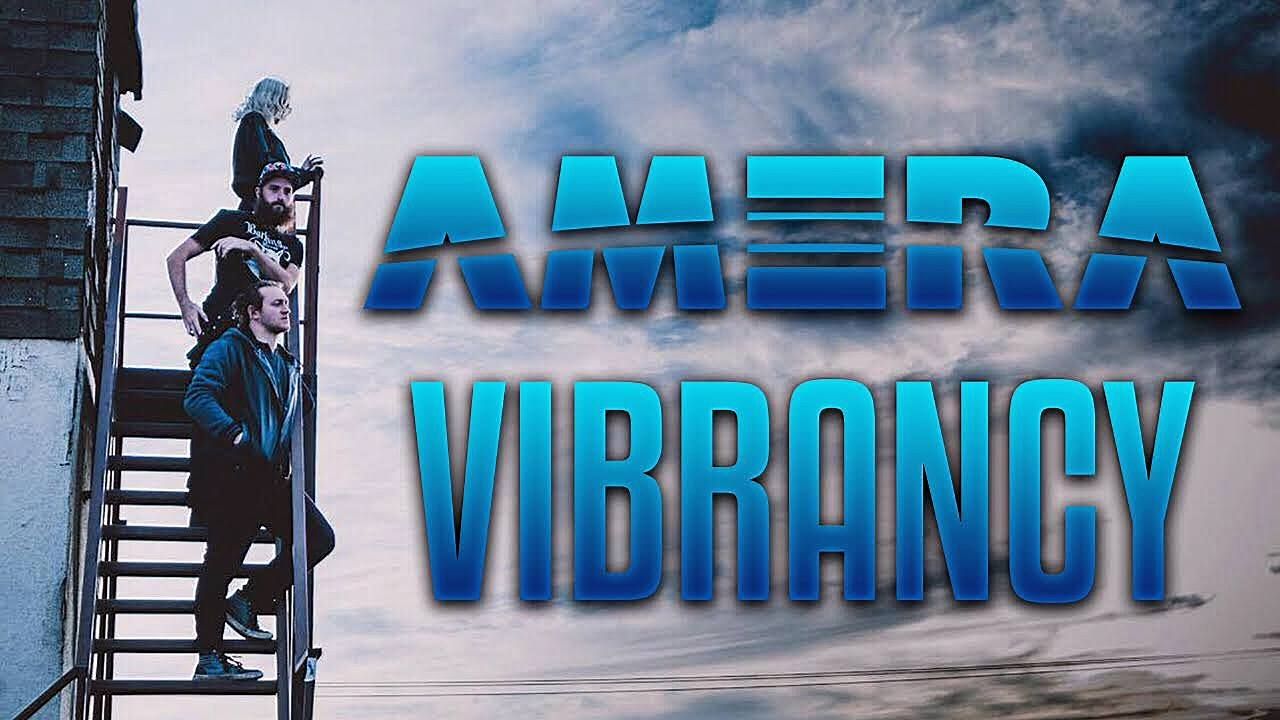 While Amera itself consists of core members Brooke Adams, Mikael Oganes and Donovan Butez, they’ve become much more than that with their massive DTLA recording space and art collective. In the hangar-sized building, they host all kinds of art projects, both visual and musical and work on lots of their own creative ideas. They recently set out on tour with a custom-built stage as well, so the band definitely utilize the space for their own purposes. The tour, which features SXSW, comes on the heels of Amera’s newest single and video, “Vibrancy.”

“Vibrancy” has a lot going on musically, and will surprise fans as most of their tracks thus far have had a pretty heavy rock tinge. Here the track opens with a sort of Latin jazz flavor but then it moves to a more standard liquid/pop DnB structure, though it doesn’t stay there. The “break,” so to speak, in this track is Butez’s virtuoso guitar solo which is very much in the realm of classical music. With all this going on, the track still manages to be balanced and danceable.

In the video, Amera are in a recording studio where fans will get to see each member’s individual talent and also how the band comes together in an ensemble recording. It’s far from what most DnB fans think of when picturing a recording/production section. Oganes works the keys and drum machine live while Butez and Adams seems to have a preternatural ability to keep up with the complex beat and drums while also looking totally relaxed. It’s a far cry from dark studios with faces glued to computer screens as bars of sound roll across them. It’s also a great look into this multi-genres band’s process.

As mentioned, Amera will be touring in Texas and Arkansas this month, including two performances at SXSW: their own stage at SXSW tonight, March 16 and a performance at Heart of Texas Rockfest on Saturday. They will definitely be shows to catch for those at SX. For those not so lucky, check out a short video of the stage during testing below. Click here for more tour dates as they’re added, or visit Amera’s website for all the info on upcoming releases, videos and new art endeavors.