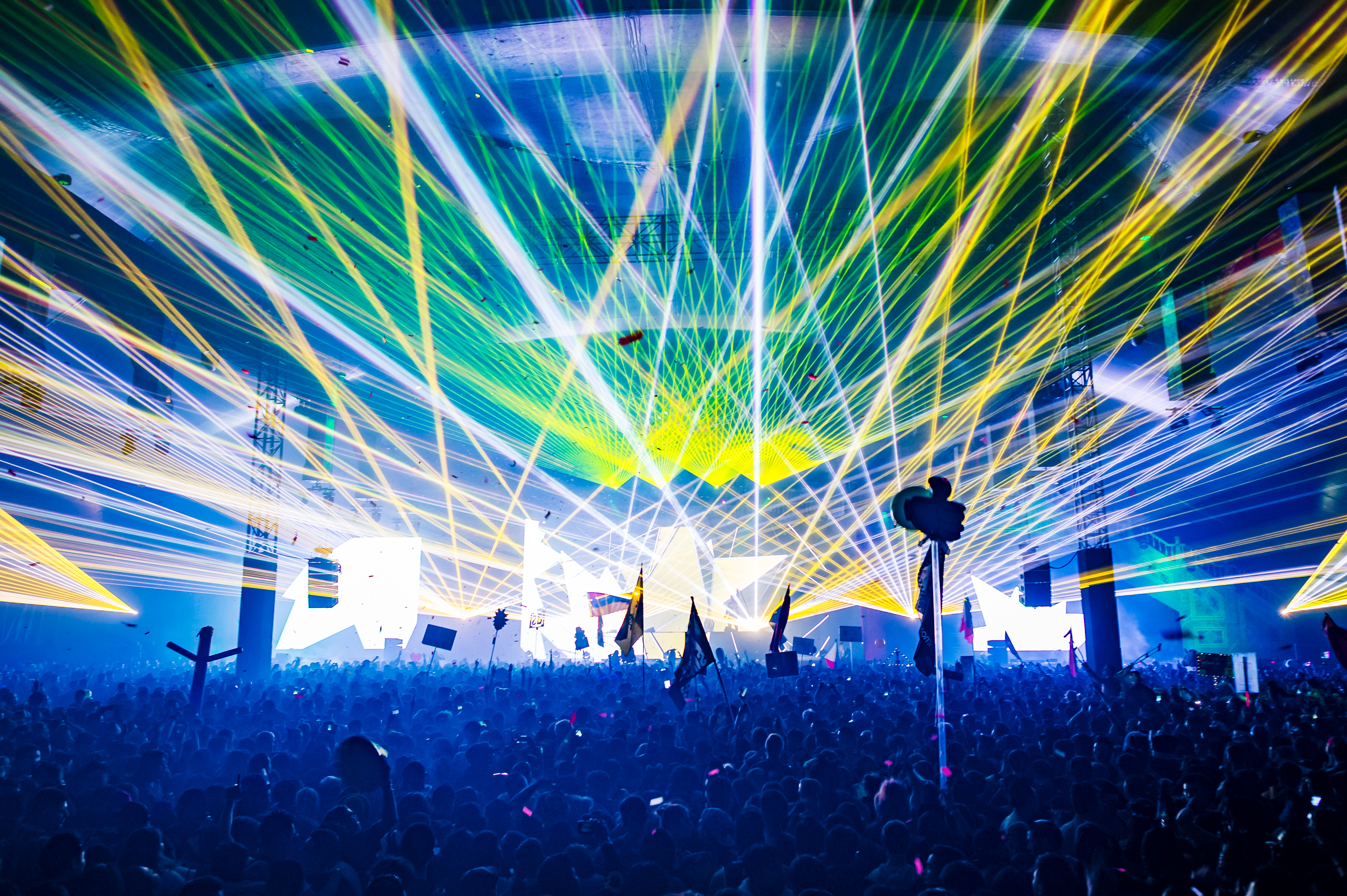 Beyond Wonderland Returns to Its Roots [Event Review]

Insomniac kicked off its 2018 festival season with the eighth edition of Beyond Wonderland two weekends ago at the friendly confines of the NOS Events Center in San Bernardino. It was an icy cold winter here in Southern California (yes folks, it drops down into the 40s at night), so the first signs of spring and festival season were a sight for sore eyes. After last year’s “The Endless Sea” theme, this year’s Beyond saw it return to its full-on Alice in Wonderland homage roots. From the gigantic chess piece next to the pond to the epic queen’s throne photo-opp right next to that, you felt like you were down the rabbit hole the second you entered the venue.

If you’ve been to an Insomniac event before, you’re familiar with the NOS Events Center; however, that didn’t stop Insomniac from changing things up. House and techno fans had to have been thrilled with the relocation of Caterpillar’s Garden stage to the large hangar at the south end of the campus (where the Asylum was for Escape.) Fans of after-hours and techno events were treated to artists like Solardo, Chris Lake, Claptone, Will Clarke, and Lee Foss in a massive space, completely apart from the rest of the festival (side note: I was not one of those people). Other than that, if you’re a So Cal raver, you’re home. It felt like night one didn’t have quite as large of a crowd; it was cold, and it did rain later in the evening. Night two was PACKED! More than 70,000 headliners made their way to the NOS Events Center for Beyond this year.

As to be expected from any Insomniac festival, the lineup was stacked. However, this year’s Beyond offered an especially tasty lineup. I spent most of my time on Friday at the main stage (Queen’s Domain). The LED screen was formed in a partial circle, which created an incredible 3D effect with the additional lights on the trusses extending into the crowd. It was amazing how precise the additions in the production were for each set as the night went along. The stage also allowed for each individual artists unique visuals to really shine for each performance. K?d delivered an incredible set where he debuted his new production that he’ll be taking on tour this year. Oliver Heldens delivered an irresistible set after that chock full of his hits and deeper Hi-Lo productions as well. The crowd was rocking to “Renegade Mastah,” “Wombass,” “Waiting,” and of course “Gecko” and “Koala.”

From there I made my break with the main stage to check out Black Tiger Sex Machine at the second stage (Mad Hatter’s Castle). As is to be expected at any Insomniac fest, the second stage highlights unique artists and allows their visuals and productions to shine even more than the main stage sometimes. In this instance, the Mad Hatter’s Castle had swirls of LED lights and a never ending barrage of lights and lasers the fired at a blistering pace. Not only did BTSM deliver a pulverizing set of their unique bass music, the production inside Mad Hatter’s Castle laid waste to any headliners in its path.

I went back to the Queen’s Domain after that to witness Seven Lions and Tiësto. Seven Lions slaughtered the crowd with his inimitable blend of dubstep and future bass. From there, the one and only Tiësto took over. He actually performed at Escape for Halloween and dropped a lot of bass in his set. I’m happy to report that Tiësto focused mostly on progressive and big room, while playing a whole bunch of new IDs. He threw in a few old songs, but mostly focused on newer Tiësto music like “Boom” and his remix of Marshmello and Khalid’s “Silence.” And the stage? World class production for a world class DJ.

Oh, if you thought night one was crazy, the crowd that descended upon San Bernardino for night two took it to another level. The night got off to a rousing start with heavy bass and dubstep sets from Kuuro and Yultron at Queen’s Domain. Valentino Khan rounded out the bass stalwarts at the mainstage before Tritonal showed up. For me, this is where festival heaven begins. Tritonal were brilliant dropping all of their progressive house hits on the crowd. The production of the mainstage went even further here. It was nothing but butterflies for Tritonal’s set. KSHMR would take it to yet another level, just laying waste to the crowd with his booming melodic big house sounds. It’s truly amazing how many hits KSHMR has and he tells a story with all of it. “Kashmir,” “Secrets,” “Mandala,” “Wildcard,” “Burn,” and also IDs, KSHMR’s performance was one of the strongest of the weekend, accompanied by his incredible visuals.

Finally, Alesso, would close out the mainstage, the Swedish master dropped a nasty bootleg of “Fallin’” for his intro. From there it was progressive house paradise, Alesso dropped “Under Control,” his remix of “Mi Gente,” and a diabolical mashup of “Heroes” with Axwell /\ Ingrosso’s “Dream Bigger.” Like I said, progressive house heaven, right? Alesso dropped “Take My Breath Away” as I worked my way toward Mad Hatter’s Castle to catch a bit of Flosstradamus before calling it a night. Without question, this was one of the most fun and most satisfying festival experiences I’d had in a while! Kudos to Insomniac and Beyond Wonderland for taking us further down the rabbit hole, it’s what Beyond is about.

Insomniac’s next festival will be EDC Las Vegas in May. Camping and tickets are still available, this year’s edition promises to be a whole new chapter for Insomniac.