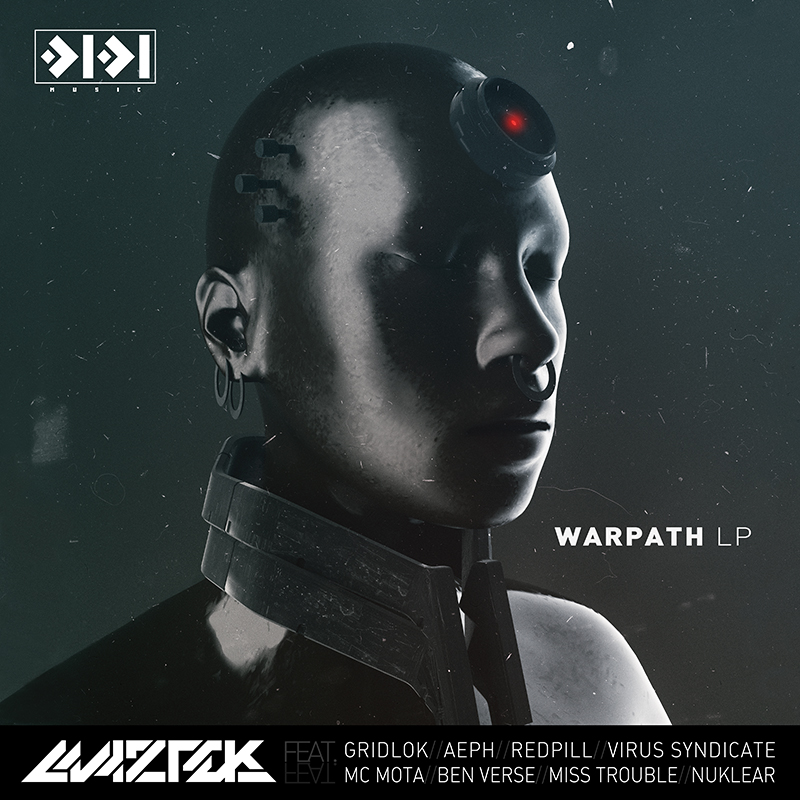 There’s been quite a bit of buzz around Maztek and his new 0101 Music since he made the announcement about the label in early 2018. The first LP on the label will be a massive endeavor from Maztek himself called  Warpath, due out on March 7 as a Beatport exclusive. He’s been teasing the hell out of it, with multiple singles premiering on Noisia Radio as well as the 0101 Soundcloud page and he’s released two album samplers including tracks with Gridlok and Aeph. The LP will also feature collabs with Redpill, Virus Syndicate and Ben Verse, to name just a few.

“The Breaker” with MC Mota is likely the last single track to be previewed before Warpath hits Beatport this Saturday. It’s a cheeky mélange of styles with surprising twists everywhere. There’s multiple techy elements in the synths as would be expected with Maztek, but the beat is something else. Technically a classic DnB kick-snare beat, it’s cut up and layered with heavily syncopated jungle and tribal beats. The beat is so interesting, in fact, that it may have been the impetus for Mota’s line, “we got the kick-snare keep on guiding the drum.” That said, however, the drums are so fast and crazy that it almost sounds like that kick-snare can barely hold onto them.

There’s very little sub bass in “The Breaker,” which may surprise some Maz fans, but it’s hardly missed. This track really is all about the drums, with even the phrase-transitioning techy grinds and the higher synths really seeming ornamental to the massive beat structure. The intro and outro are another another surprise, as they are both very light, pretty ambient music. The intro brings in both the snares and the jungle beat, then Mota’s vox and even bits of the tech synths before an epic buildup brings in the full beat. It’s interesting to listen to this intro because it seems to follow an almost linear timeline of how the track was built. The ambient music continues through the second break, where a transitional bit of electronic feedback announces that the track is about to get much harder. The outro does the same but backwards, peeling all the hard drums and techy bits away until the track is left just how it started, with Mota’s whispering vox and the ambient swells which also eventually fade into silence.

“The Breaker” is an impactful track start to finish, and fans will not want it to end. Dancefloors will likely be calling for multiple rewinds and this it will likely be on repeat on a lot of personal playlists. With “The Breaker” as an example, it’s clear Maztek set out to take some risks on Warpath but it clearly paid off. Maztek’s innovation and new ideas are what makes him one of those producers on the leading edge of drum and bass, and certainly why it was prudent for him to set up his own label. No one does it like Maz.

Maztek’s Warpath is out on Beatport on April 7, and will be available on other platforms on April 13. Check the 0101 website or the label’s Soundcloud for purchase and streaming details.