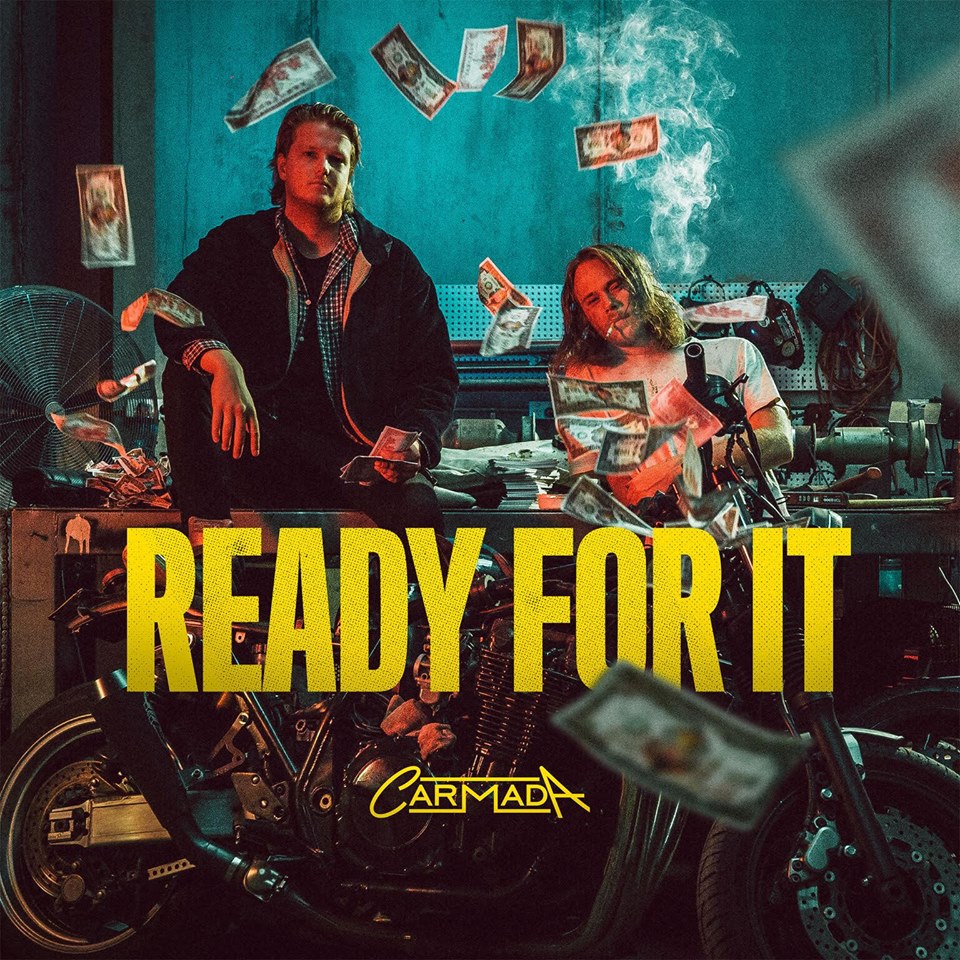 Carmada Release New Single and Video Ready For It

Australian super-duo Carmada, made up of multi-platinum selling producer L D R U and tastemaker Yahtzel, have just released a slick and entertaining video for their latest single “Ready for It” ft. tribes. out now on Insomniac Records. The track an absolute heater, that builds up during the verse behind tribes.’ stellar vocals, into an energetic future house drop perfect for the club or festival.

The accompanying video matches the song’s intense vibe, it’s a well crafted mini-action movie that’s equal parts Fight Club and The Girl with the Dragon Tattoo. “Ready for It” is the first single off of Carmada’s upcoming EP, due out later this year. As they tell it, “Ready for It” wasn’t intended to be the lead single, but the crowd response was so overwhelming, they had no choice.

“This song wasn’t always going to be the lead single, but when we started playing it out and seeing the reaction from the crowd we decided to make it our lead single. We wanted to have something that matched the song visually, so, we sat down with the media team and started bouncing ideas. We were heavily involved with the writing & creative process of the film clip, which was a great experience.”

Check out the video for “Ready for It” ft. tribes below, out now on Insomniac Records. The duo will be making their way stateside for an appearance at EDC Las Vegas next month!