Q&A: Teddy Killerz Reflect on Style and Subgenre In the Wake of Eatbrain ‘Hellblade’ Release

It wouldn’t be right to say that Teddy Killerz have gone quiet during the fall and winter since their massive LP Nightmare Street released last June. All three of them (Grigory “Greg” Cherekaev, Anton Mashevsky and Oleg Cholovskii) have been working, playing out, and coming up with new ideas, projects and styles. Even though Your EDM talked to Greg last year about future projects and incorporating different styles, many fans (including the one writing this article) may have felt that they had TK’s style pegged. Not so, oh very much not so.

Teddy Killerz’s new EP Hellblade which came out early this month on Eatbrain was a complete 180 from what many had come to consider the trio’s “style.” Yes there was grindy, metallic, jumpy neurofunk in the form of the EP’s title track and the tough, theatrical “Bonkerz.” The classic TK humorous sampling is also out in full force (listen to the first drop on “Borovicka”). That said, there’s also a lot of surprising and different stuff on Hellblade. Most notably “Machine Heart” is an old school breaks track which is quite trippy and ambient and features – there’s that humor again – a tweaked version of a saxophone tune that most will remember from Wrex n Effect’s “Rump Shaker” along with a traditional balalaika (a Ukranian and Russian stringed instrument) tune woven in. Color us shocked.

In the face of all this new information contained in a single EP, Your EDM decided it was time to sit down with Anton, Greg and Oleg and find out exactly where their minds were when they put this release together. They gave a real insight not only into their process but what they plan to do going forward now that the teddy is out of the box, so to speak, about TK’s intent to switch it up stylistically.

Obviously Teddy Killerz have released with Eatbrain before, but how did Hellblade end up with them?

Greg: We’ve always had good relations with Jade and his team. In the end of last year we had an idea to make a heavy dancefloor EP and thinking of home for it, Eatbrain looked like the best place! We love the philosophy of the label and it’s a good feeling to make a “comeback” EP.

What was the idea behind Hellblade? Did all the tracks you chose seem to fall in line with this theme?

Anton: As Greg said since we released the album (“Nightmare Street,” released in early 2017) we were not very active with releases. We had a jungle tune with Signal and then “New Jam” which was not very heavy or intense. So we decided to go back to a heavy sound and try to combine a neurofunk aggressive style with jump up vibes. That was idea behind all tunes of the EP except “Machine Heart.”

You always seem to inject a little comedy and fun into your tracks, and this is especially evident in “Borovicka” with the Stewie line right before the first drop and the saxophone samples in “Machine Heart.” Is this intentional to sort of break up the heavy bass, or do you just like the idea of getting a laugh out of fans?

Greg: Yeah, we love “Family Guy” a lot and I think that sample fits idea of Borovicka very well. Borovicka is the national Slovak drink and also quiet popular in Czech Republic. It has a very specific taste and not everyone is into it. So, “Here is something we hope you really like!”

Oleg: Machine Heart’s saxophone sound is not really a sample. We re-created the melody from The Lafayette Afro Rock Band’s “Darkest Light” for that tune. This tune was sampled a million times & that sample is really legendary, so it was kind of our try to make a tune with it. 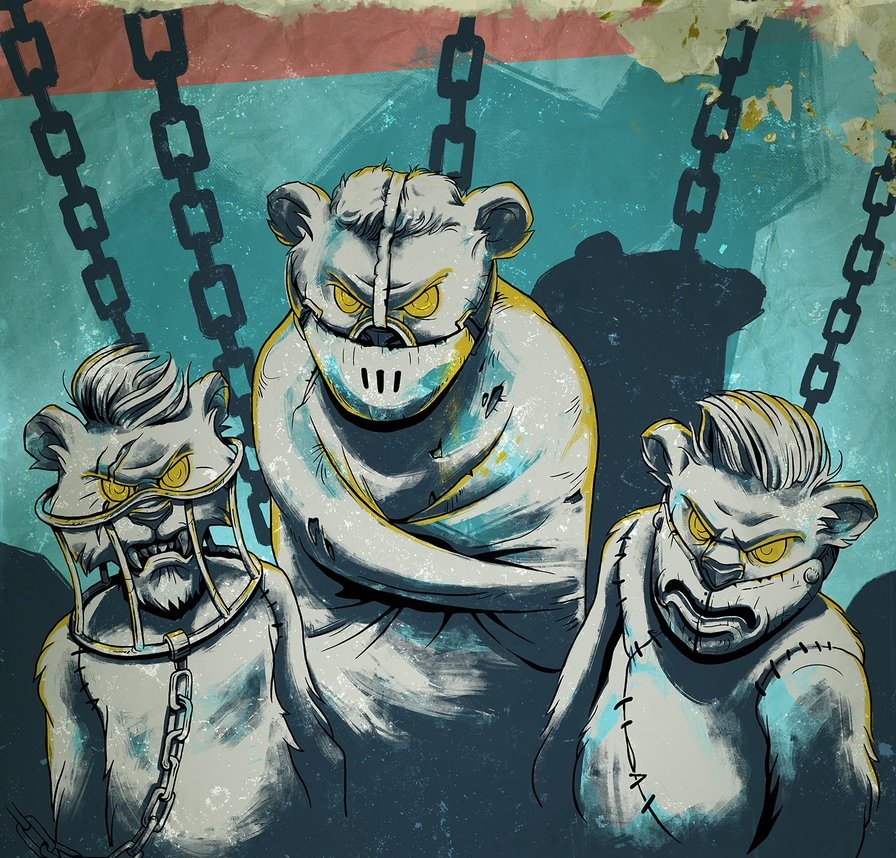 Most fans know that all three of you have been playing around with formats and tempos, including with other projects. It’s clear that “Machine Heart” and “Reptile” represent different styles in that sense, so how did you come to work on those tracks as the TK unit?

Anton: I wouldn’t say that “Reptile” is too different from other tunes. They all are hybrids of neuro and jump up DnB. Maybe “Reptile” sounds more like jump up than neuro.

As for “Machine Heart,” when we came up with tunes for the EP Jade asked if we would like to have something special and different on the EP. We thought that “Machine Heart” would be the best option for this. It’s downtempo breaks which is still close to what drum and bass heads love.

Are you planning on releasing more tracks with varied and different styles and formats under Teddy Killerz?

All: Sure. We never limited ourselves to DnB even though it’s fair say that it’s our main style. But we love all kinds of bass music & have some tunes in the works which are not only DnB.

Do any of you have new tracks coming out individually soon that you can discuss?

Oleg: We were mainly focused on Teddy Killerz stuff lately, but what we can say now is that Anton has his first solo tune coming out on Dirtybird’s Birdfeed soon under his new alias Tony Wonka.

What’s next release-wise for Teddy Killerz? Any hints you can give fans?

Greg: After long break we have a lot of new music coming. We haven’t released a lot since release of our debut album Nightmare Street but we were constantly working on new stuff. Right now I can say that we have our next solo release scheduled to early summer. Then we have a collaboration with Muzzy which will be out in May on Monstercat & also collaboration with Annix coming out on Playaz in May too.

Will you be touring this spring and festival season? Any plans to come to the US?

All: Spring / Summer time will be mostly Europe with festivals like Let It Roll, Beats 4 Love & some others. As for North America we are planning to come in autumn.

Hellblade by Teddy Killerz is out now on Eatbrain and can be streamed on EB’s Soundcloud or on Spotify. The EP can be purchased on Beatport. Also don’t forget to check out TK’s Eatbrain podcast in the player above.

The Chainsmokers Announce New Music This Friday… And It Has A Featured Vocalist!