Swedish House Mafia are definitely up to something again.

Often times when an artist is planning for a huge announcement, they’ll wipe their social media to a clean slate for a fresh, new start. Take Taylor Swift for example, when she was about to announce her album reputation. Now, SHM has done just that and all eyes are on them.

The trio wowed Ultra Music Festival and the entire world this year with their on-stage reunion after years of silence. And they killed it. There has been much speculation ever since as to — What’s next for Swedish House Mafia? The performance was simply too good to be just a one-off kind of thing, right?

Soon after the UMF appearance, talent manager to Steve Angello, Scooter Braun labeled an image of SHM on his Instagram Stories as: “The beginning.” This move on social media could very well be an indicator that the supergroup will make an announcement soon. 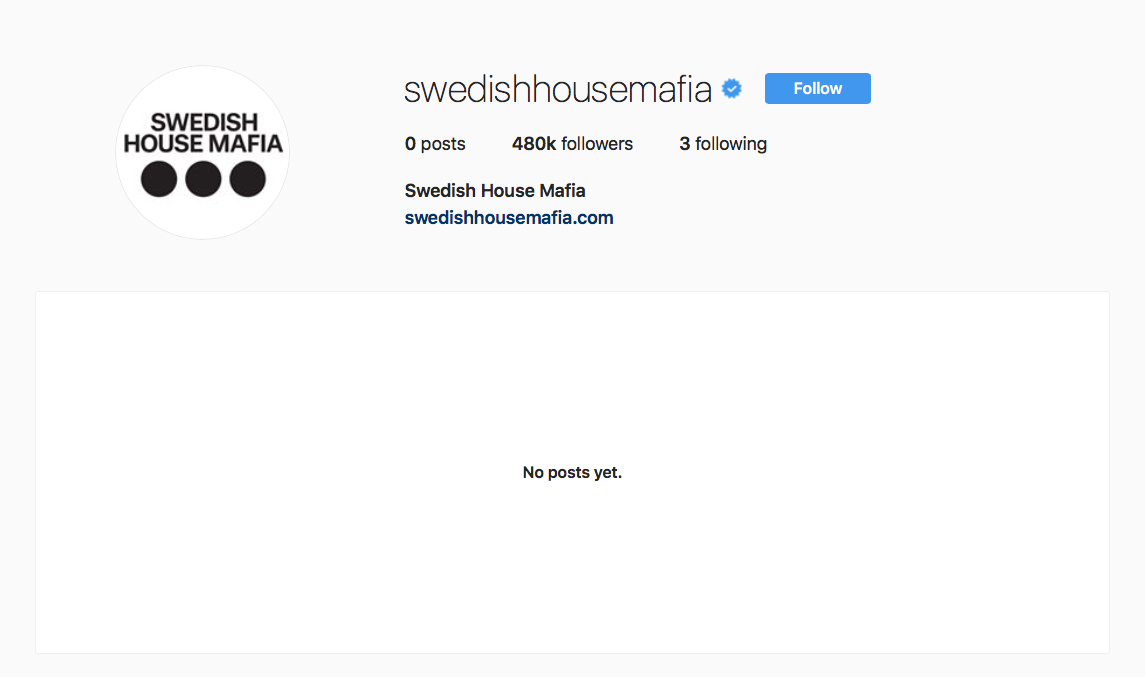