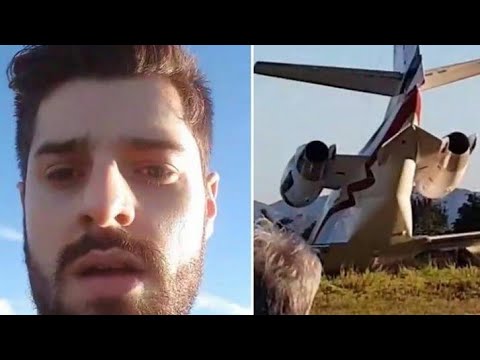 Well, this is scary as hell! Alok was apparently involved in a plane crash upon takeoff and he uploaded the aftermath on social media moments after the terrifying incident. Thankfully, everyone seems to be okay.

The DJ/producer took to his Instagram story: “Everyone, I went to take off here, our plane…”

His voice trails off, but the damaged aircraft is in plain sight. The shocking video says it all, as it sinks in for Alok that he could have been seriously injured, or worse.

According to Metro, the plane left the runway at Serrinha airport in Juiz de Fora, Brazil on Sunday, May 20. Alok was scheduled to perform in Belem that evening but the performance was postponed due to the crash.