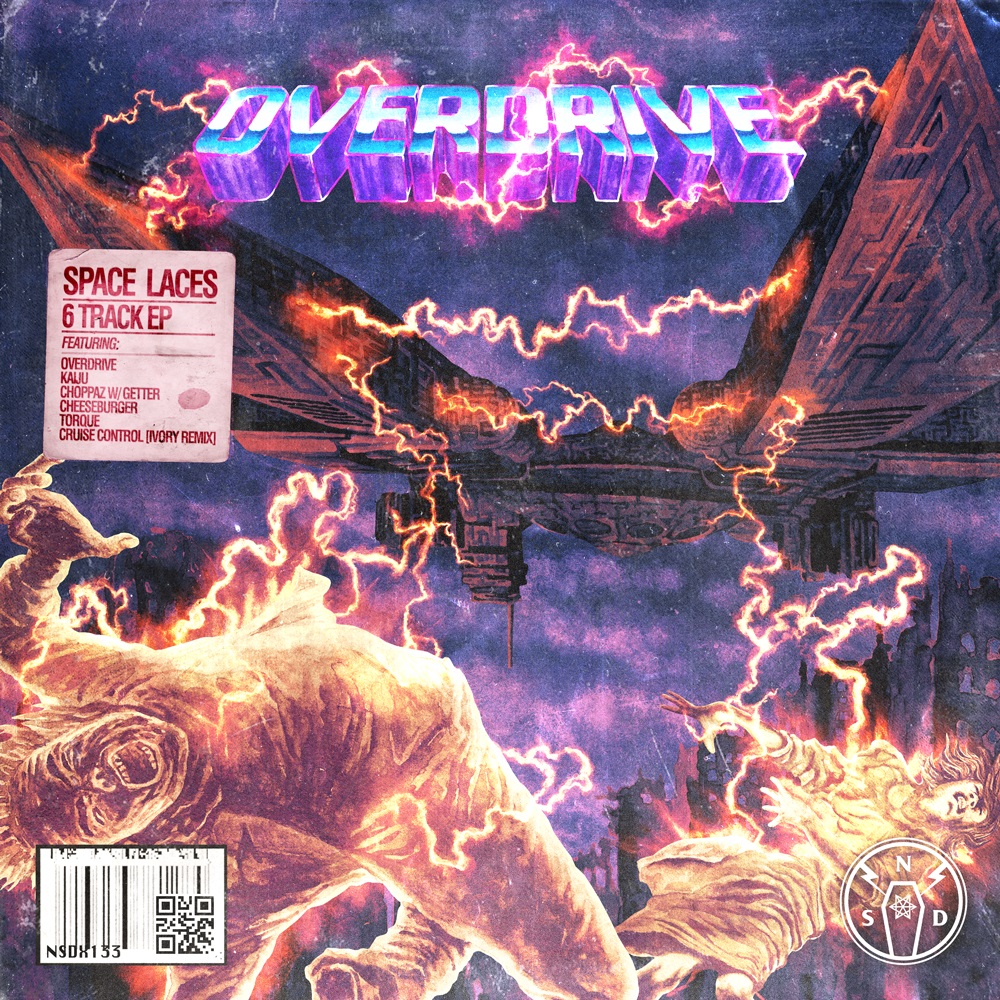 With three singles already out from his Overdrive EP, Space Laces today unleashes the full might of his new project and we’re simply overwhelmed. Space Laces is one of those producers who would release so intermittently, but always crush whenever he did. Now, with a full EP out on Never Say Die and some impressive tour dates lined up, fans can truly enjoy him for what he is.

Overdrive is six tracks of absolute madness, starting out with the title track, “Overdrive.” It’s a massive anthem of a tune, perfect for opening up the EP with huge synths and pounding drums. Still, it’s at the tempo of dubstep so it’s a tad slow. That is quickly juxtaposed by the next song, the already-released “Kaiju,” a pulsating bass house and dubstep hybrid that keeps the energy at 110% the whole way through.

Next up is the must-anticipated collaboration with Getter, “Choppaz,” which is pretty much exactly what you’d expect from a pairing like this. It’s insane, it’s wonky, it’s bone-rattling. You’ll love it.

Fans have already heard “Cheeseburger,” “Torque,” and the IVORY remix, so we’ll briefly skim over those. But overall, this is one of the heaviest EPs we’ve heard this year so far, and it’s one you’re going to want to test out on your headphones, on your speakers, in your car, on your friends, with your dog, at the beach, wherever sound is allowed.

Check out Overdrive below via Never Say Die! Stream and download here.