Organic Fest Adds G Jones As Its Final Headliner For 2018

With all of the major festivals going on year-round, music lovers have started looking for more intimate, community-oriented gatherings to attend. These events are characterized by a smaller attendance, more left-field type of music, and more emphasis on the experience rather than the Instagram photos you might get out of it. (Though, of course, those are welcomed, as well.)

Organic Fest returns to Wilseyville in Northern California for its third year with a strong lineup including Opiuo, Ivy Lab, and rap legend Immortal Technique. The final headliner was just announced this week, and it’s none other than the posterboy of left-field bass music himself, G Jones. With an album on its way, G Jones adds a considerable amount of hype to this already exciting festival lineup. 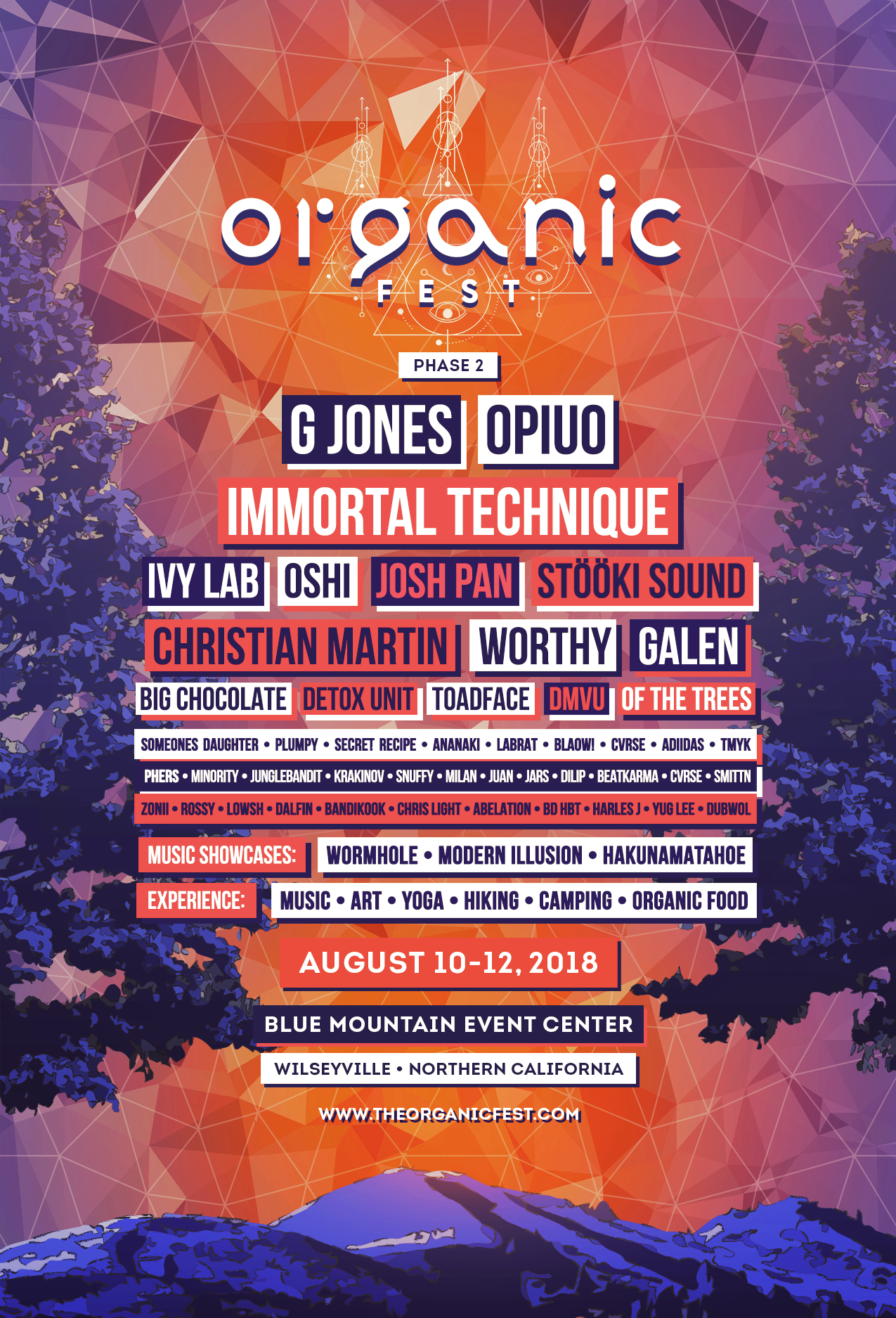