Lana Del Rey believes Kanye West‘s support for President Donald Trump is a “loss for the culture.” Following his recent Pro-Trump pep talk, which happened off-camera at SNL studios over the weekend, she has a message for the rapper.

The singer was triggered to respond on Ye’s MAGA social media post, which echoed his bizarre SNL speech… “This represents good and America becoming whole again,” he wrote. “We will no longer outsource to other countries. We build factories here in America and create jobs.  We will provide jobs for all who are free from prisons as we abolish the 13th amendment. Message sent with love.”

In the comments section, Lana shot back… “Trump becoming our president was a loss for the country but your support of him is a loss for the culture. I can only assume you relate to his personality on some level. Delusions of grandeur, extreme issues with narcissism.”

She continued… “If you think it’s alright to support someone who believes it’s OK to grab a woman by the pussy just because he’s famous — then you need an intervention as much as he does.” 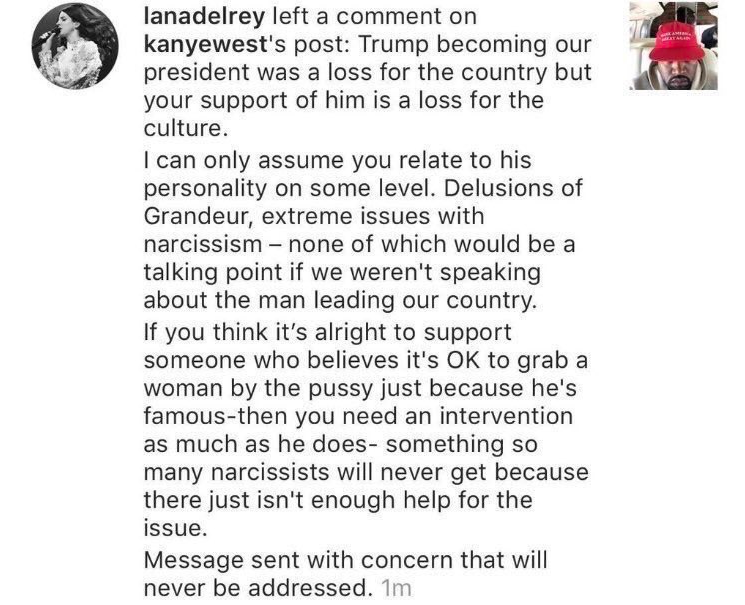