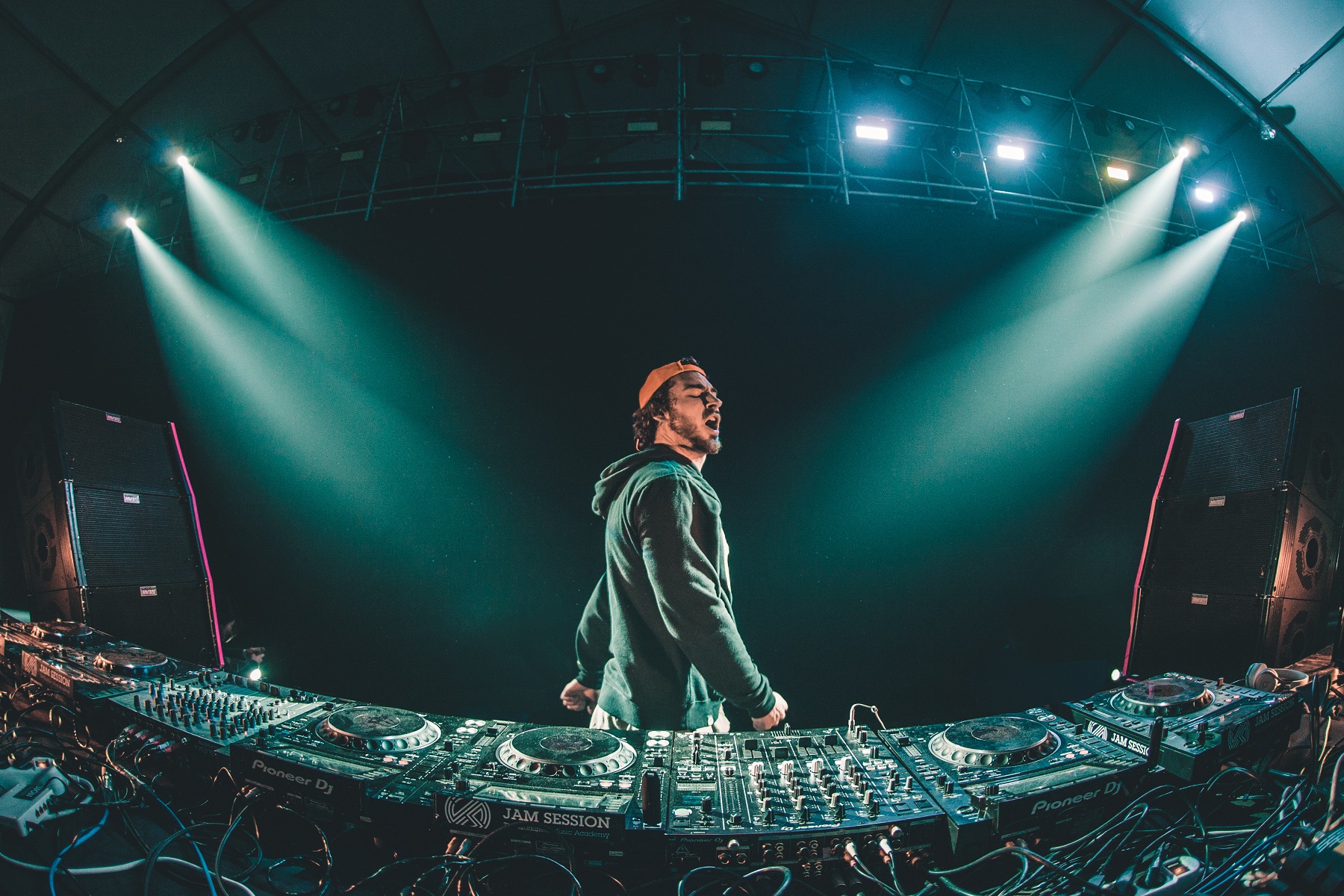 Travis Scott‘s new album Astroworld is one of the most exciting releases of the year. All 17 tracks debuted on Billboard’s Hot 100, which goes to show its mainstream success. In the EDM world, music off the album perfectly compliments almost every kind of set.

Which brings us to these amazing remix, or should we say re-Cranks, from Crankdat. His takes on Travis Scott’s “No Bystanders,” “Sicko Mode,” and “Wake Up” all pack in massive bass that will automatically win any dubstep lover over. The second drop takes an unsuspected turn, so wait for it.

Upon sharing his first re-Crank of “No Bystanders” on Monday, the producer fills us in on the return of these types of projects…

I haven’t done any proper “re-cranks” in nearly a year. My goal for 2018 was to begin artistically defining myself with my original music. I feel like I did that, but in doing so I had to put a hold on one of my favorite means of expression – remixes. Especially, raw, cold ass remixes. Taking a song and flipping it on end – no parts, no stems, no vocals. Just the song and whatever I wanted to do to it to make it mine… to bring it into my world… that’s a re-crank… and re-cranks are back and I couldn’t be any more proud.

Check out all three re-Cranks below as well as our exclusive interview with Crankdat.

So the last time we spoke to you, you had just put out a remix for Zeds Dead and dropped your debut original, “Dollars.” You’ve dropped seven originals since then and have probably traveled a lot more, so bring us up to speed on what it’s been like since last October.

Man it’s been that long? That’s crazy. Well, since that time last year I’ve done a lot more shows, been outside the country a few more times, and made a ton of new music. With that said, I also feel like I’ve gained a more clear and defined perspective on what my project is and what I want it to be in the future. I think, for any musician, clarity is so important. I’ve been striving for it for a long time, even thought I had it a few times, but I think this time around I really truly got it.

What kind of music did you listen to growing up? Were you the one in your friend group always showing everyone else the best new music?

Well, I didn’t have the most eclectic taste in music lol. I really liked hip-hop, and eventually got into like poppy-dance records like David Guetta and co. I was absolutely the friend always scouting and finding new music. I would be all over blogs and websites scouting new tunes. I remember one particular instance, I had found ‘Best Love Song’ by Chris Brown and T-Pain like an entire year before it became huge. Never let that one down haha. I’d also hunt through mixtapes like it was my job, Datpiff.com and I were best friends 8 years ago.

When you listen to new music now, what is your thought process as a producer and consumer? Do you try to figure out the techniques behind the song or are you able to detach yourself from the production and just enjoy it?

It depends on the song. When I was between year one and two of producing, it was actually kind of scary. I wasn’t able to listen to music passively, I was always hyper-analyzing the sound and the composition, and for a while there it kind of ruined music for me. Before producing I never knew what went into making sounds, melodies, and chords, etc. But when I started producing, and was trying really hard to learn quickly, I couldn’t help at all but try to figure out what was going on in songs I was listening to. Nowadays, it’s gotten a lot better. I think it’s because I know more, I’m more knowledgeable with sound design and composition and such, so I can identify what’s going on in a song more quickly, and then just kind of ignore it if that makes any sense.

What appealed to you from Travis Scott’s ‘Astroworld’ that you felt you needed to re-crank three songs from it?

I like Astroworld quite a bit, and while it’s not my favorite album, I felt it called out to me for a few different reasons. I saw a lot of people sorta talking down on it on threads and such, but I feel that Astroworld is a very well versed testimony to where Travis Scott’s headspace is as an artist. It’s how he sees himself and his craft, that’s what I received from listening to the LP at least. It’s as if Astroworld truly was his own artistic world, and all of his songs resided within it. I’ve only felt that with a handful of albums. But in feeling that and seeing that, it made me want to take what Travis had invested into his own world, and reconstruct it in a new way to occupy mine. The three songs that I chose to remix were the three songs that I thought would be cool as a remix. Everything just added up, and I can’t even explain to you how happy I am with the final product.

How do you continually push yourself to go beyond the barriers of “strictly” dance music and explore hip hop and rock in your productions?

Dance music has a lot of wiggle room. I think its pretty easy to take elements of other genres and put them into dance music. It’s all about taking parts of other styles of music — be it vocals, instrumentation, even structural composition — and putting that with what I know in dance music.

Where do you currently draw your inspiration from?

Honestly, I’m trying to keep my inspiration as internal as possible. I’m doing my best to actually not take influence from outside sources. I feel that for me, I can be swayed in different directions based on what is inspiring me at the time. But for right now, I’m trying to draw inspiration off of what I’m doing myself and expand upon that. It’s helping me stay true to myself in ways I haven’t in the past.

Are we going to see a full EP soon?

All I’ll say is that I’ve been working on a large scale project all year long. I’m hoping to finish it as soon as possible, but it’s ridiculously intricate and very time consuming. I’m beyond excited, though.

Astroworld Re-Cranked was my little taste of that 🙂