The DJ Mag Top 100 DJ poll remains as divisive as ever, even after this year’s new rankings. House and techno fans find little to love about the list, but DJ Mag has a new list just for those fans. They’ve partnered with Beatport for a new top 100 list: the Alternative Top 100 DJs List.

DJ Mag and Beatport organized the list by sales trend data and DJ Mag votes. The list hasn’t been officially announced by either entity, but featured artist Josh Butler posted about the list on his Instagram. If the list becomes a staple, it could very well replace the defunct Resident Advisor Top DJs poll. RA ran a similar poll for years up until 2017 when the publication officially discontinued it.

Will this new list satiate house and techno fans? Probably not, but at least the olive branch has been offered. Check out the full Alternative Top 100 DJs List below. 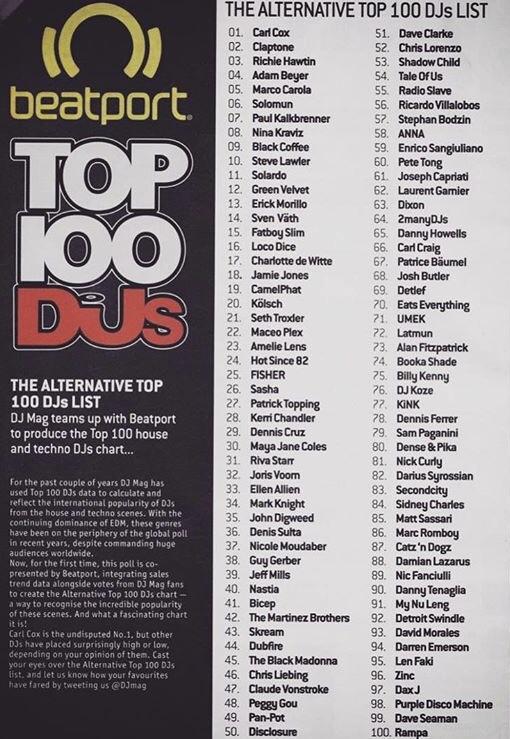