OOdesza yesterday teased a deluxe edition of their third album A Moment Apart with a beautiful video. Today, we get the VIP remix of their song “It’s Only” with Zyra and and absolutely brilliant.

The “It’s Only” VIP puts a much more tribal spin on the original, with emphasized studio production as opposed to live recording. The vocals get chopped and looped, pitched and thrown around. The drums are more wild and frenetic, but still retain Odesza’s signature beautiful melodies and rhythm. It’s hard to imagine a better or more appropriate VIP to come out of Odesza themselves than this.

And better yet, there’s more on the way. Thanks to River Beats, you can see the full tracklist of the deluxe album below, which appears to be releasing tomorrow, Friday November 30.

In addition to the “It’s Only” VIP, we’ll also be treated to a VIP of “Memories That You Call” from Odesza and Golden Features, and various reprises of songs like “Falls” and “Line Of Sight.” We’ll also be getting the duo’s massive trap anthem, “Loyal.”

This is out tomorrow, so we don’t have to wait long! 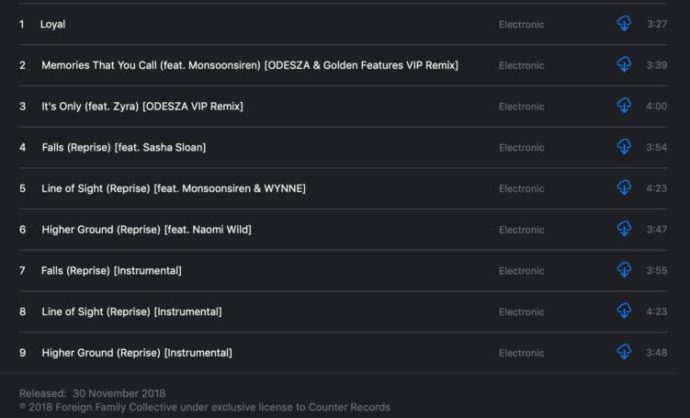