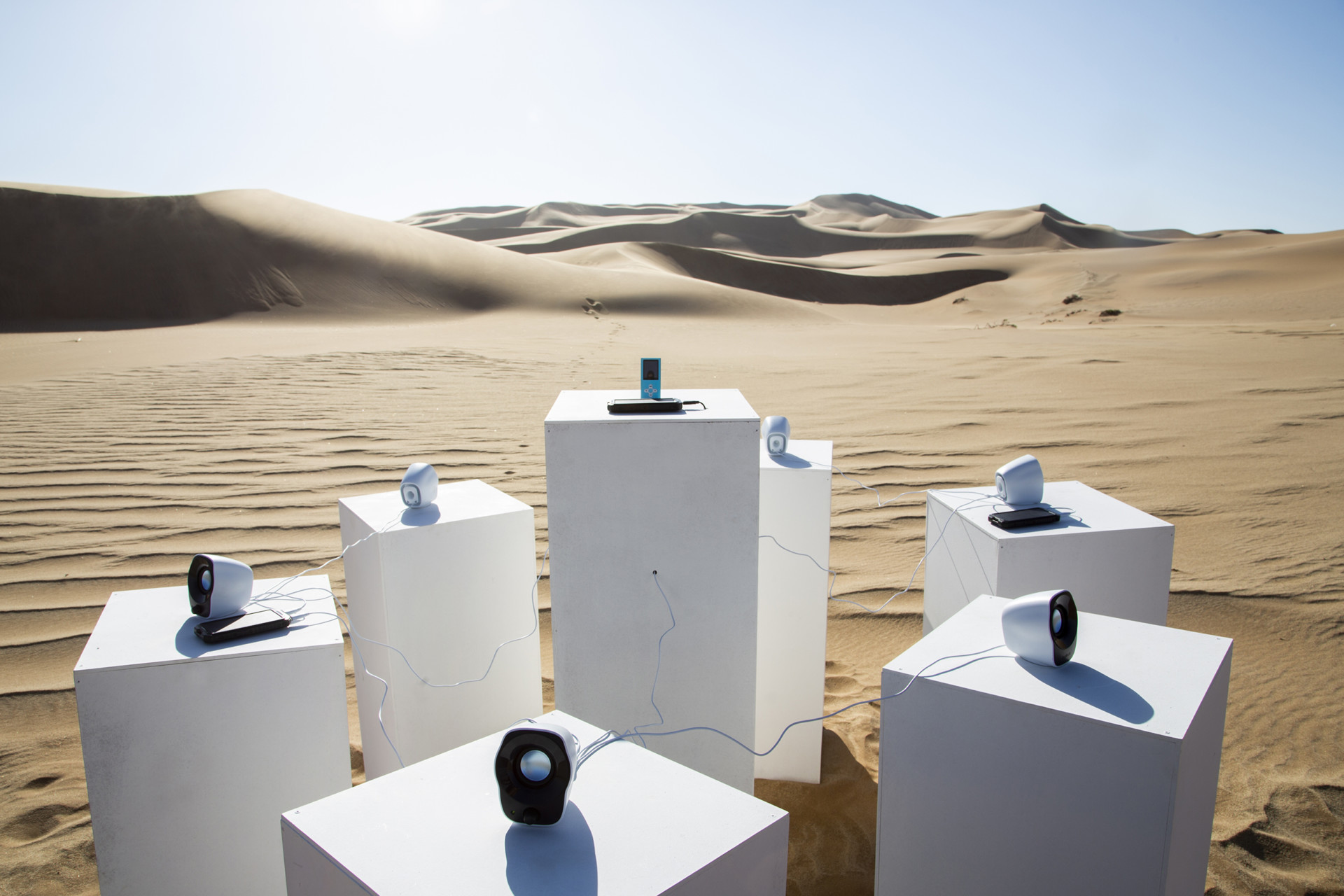 From its place in an episode of Scrubs to finally being covered by Weezer, Toto’s 1982 smash hit “Africa” probably has a longer shelf life than the band ever anticipated.

Now, thanks to an art installation from Namibian-German artist Max Siedentopf, it has the potential to live on forever. Siedentopf was inspired by the song’s recent resurgence in popularity (that is, more than it already was), and created a monument to its timelessness.

Writes NPR, “Siedentopf installed Toto Forever late last December while back home with his family in Namibia. Six speakers are placed atop individual plinths and attached to an MP3 player that contains only the song; the entire thing is powered by solar energy with the promise that it will run ‘for all eternity.'”

Of course, that’s if the hot sun and scratchy sand doesn’t cause irreparable damage to the speakers and/or MP3 player first.

“I was very intrigued by this and wanted to pay the song the ultimate homage and physically exhibit ‘Africa’ in Africa,” Siedentopf told NPR. “The Namibian desert — which is, with 55 million years, the oldest desert in the world — seemed to be the perfect spot for this.”

As for the location of the installation, all that’s known is that it’s somewhere in the Namib Desert. The desert itself is 31,274 sq mi, so good luck if you ever try to find it.