Opera Nightclub in Atlanta is under scrutiny after a woman allegedly live streamed herself being raped on the dance floor of the club and no one came to her aid. The incident happened Saturday, January 19, as New Orleans rapper August Alsina was performing.

The woman, who has made the videos public, has been identified as Jasmine Eiland. She was live streaming on her Facebook throughout the night, according to public posts, during which time she was approached by a stranger. The man asked if she was alone, to which she replied that she was. The man walked off screen and later returned with a drink for Eiland — judging by her behavior on stream the rest of the night, it’s believed the drink had been drugged. No toxicology report has been issued to confirm this suspicion.

Multiple separate live streams were posted throughout the night, including one of the alleged rape, which has since been deleted and handed over to police as evidence. Eiland posted another video addressing the media coverage and rumors surrounding the incident.

According to Ravers Choice, which viewed the video before it was removed, “She can be seen on the dance floor, with her breasts out, and the same man that had retrieved a drink for her is penetrating her from behind while she is screaming out ‘Help me, please god, someone do something’ with tears streaming down her face.” 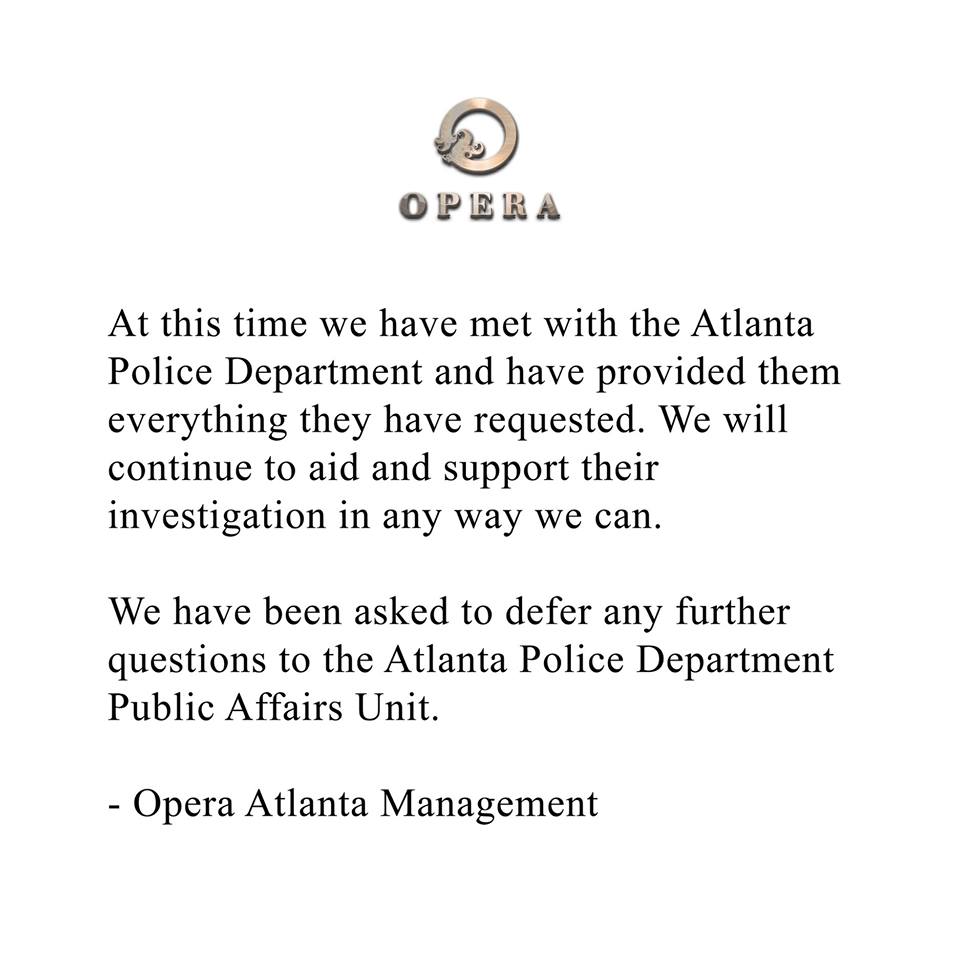 This is not the first time that Opera has been in the news in recent months. Late last year, Opera staff was accused of extorting patrons who’d already paid for tickets to a show, demanding upwards of $100 on top of what they’d already paid for a ticket to get in. Opera Atlanta Director of Marketing Alexandra Trawick reached out to EDM.com to explain that the offending staff had been dealt with, and that the behavior did not “reflect their principles.”

The fact that no security or staff was able to view an alleged rape in progress, or were otherwise pre-occupied or unable to help, is no good, either.

We’ll be keeping a close eye on this situation as more information becomes available.