From First To Last reunited for their first show in over a decade at Emo Nite LA two years ago — now, the group is reuniting again for a special after party show for Buku Music + Art Project in New Orleans.

The group, including original member Sonny Moore, aka Skrillex, has announced that its first live performance in over two years will take place on Friday, March 22, 2019 at Republic in New Orleans. The rare show will be presented by Emo Nite LA and BUKU Music + Art Project as part of the two-day festival’s “BUKU Late” after-party series.

The group has put out two singles with Skrillex back on vocals, “Make War” in 2017 and “Surrender” in 2018. Perhaps they’ll play some new music at this rare show!

Tickets are on sale here starting this Friday, February 15th at 12pm CT. Admission to the show is independent from BUKU and must be purchased separately. Both General Admission and VIP tickets are available. VIP tickets include: one (1) exclusive “Make War” / “Surrender” vinyl; one (1) limited edition From First To Last t-shirt designed in collaboration with lifestyle brand PLEASURES, VIP-only balcony viewing and VIP-only early entry to the venue. 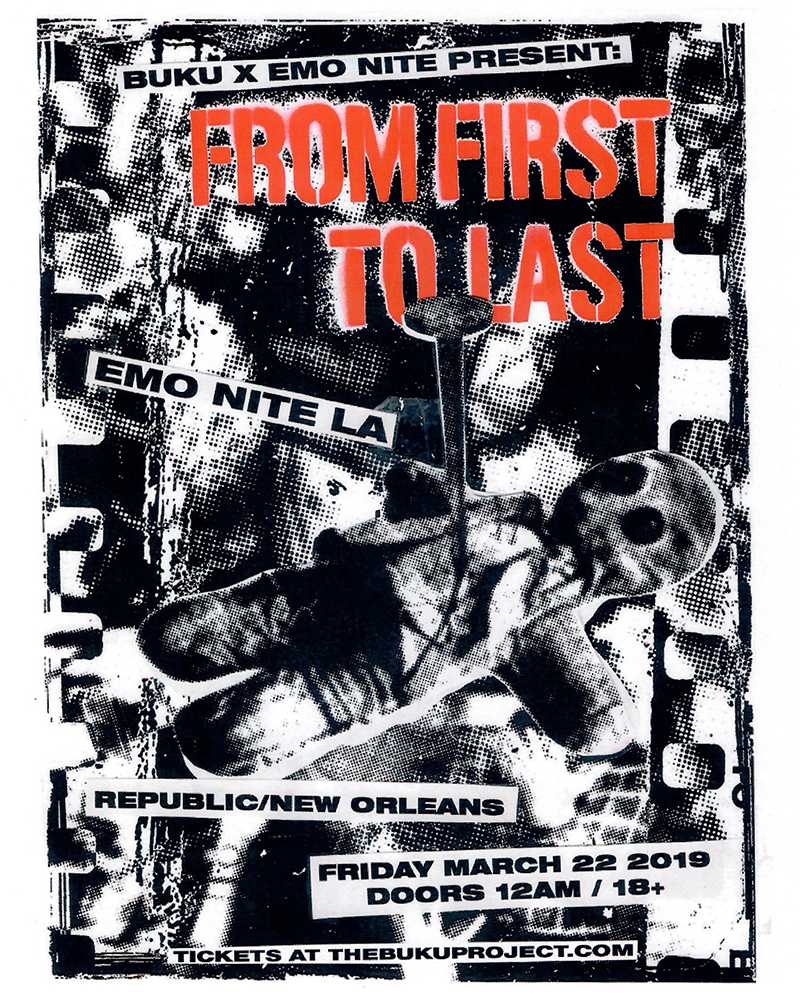 Your EDM Premiere: Too Kind – Crash (The Remixes)