Music festivals are more than just that — they’ve become part of our culture, ever since the first Woodstock took place 50 years ago. Ultra Miami, Electric Daisy Carnival, Burning Man, Coachella and more are household names at this point, and one study looks to better understand the impact of these life-changing experiences. 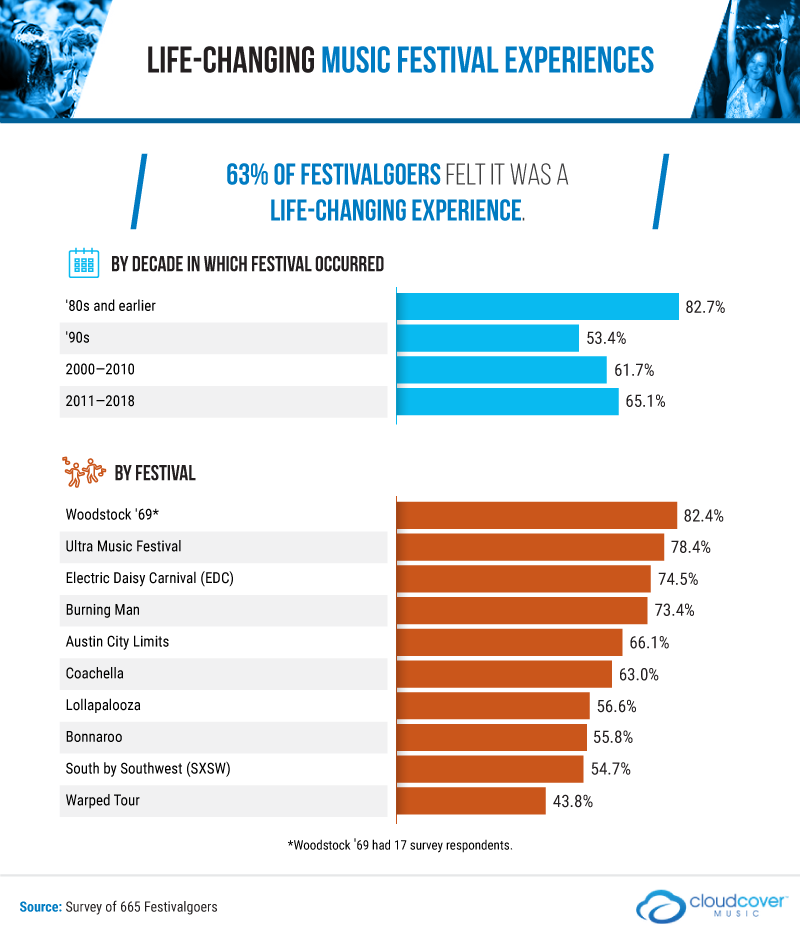 In a survey conducted by music streaming platform CloudCover, Ultra is the most life-changing experience since Woodstock. This, according to the analysis of 665 festival goers.

82 percent of those who attended Woodstock in 1969 called their experience life-changing. Compared to 65 percent of respondents that believed at least one of the music festivals they attended (between 2011 – 2018) was life changing — it was most commonly Ultra.

We’d be interested to see the results of a larger scale study, but the point is that music festivals are impacting our lives in amazing ways. It’s almost festival season! Get ready!

Photo via aLive Coverage for Ultra