The lineup for Woodstock 50 just dropped out of nowhere and there’s a lot to examine with the full scope of artists, but here’s the rub. The festival will go down August 16-18 in Watkins Glen, NY. It will be headlined by:

From a cursory glance, hip hop, rock, pop, and country are all fairly represented on the lineup with plenty of artists each representing their style. The only thing missing in entirety from the lineup? Dance music. Woodstock 99 still managed to have some electronic acts, like Fatboy Slim, Moby, and The Chemical Brothers, so it’s curious that there are zero artists on this lineup with an ostensibly bigger budget.

Still, the lineup boasts a number of interesting and can’t miss acts, such as the reunion of Edward Sharpe & The Magnetic Zeroes, who famously broke up in 2014 after firing lead singer Jade Castrinos. Jack White is also getting The Raconteurs back together, with Woodstock 50 being only their second announced US performance.

Tickets for Woodstock 50 will go on sale April 22nd. Complete information is available on the festival’s website. 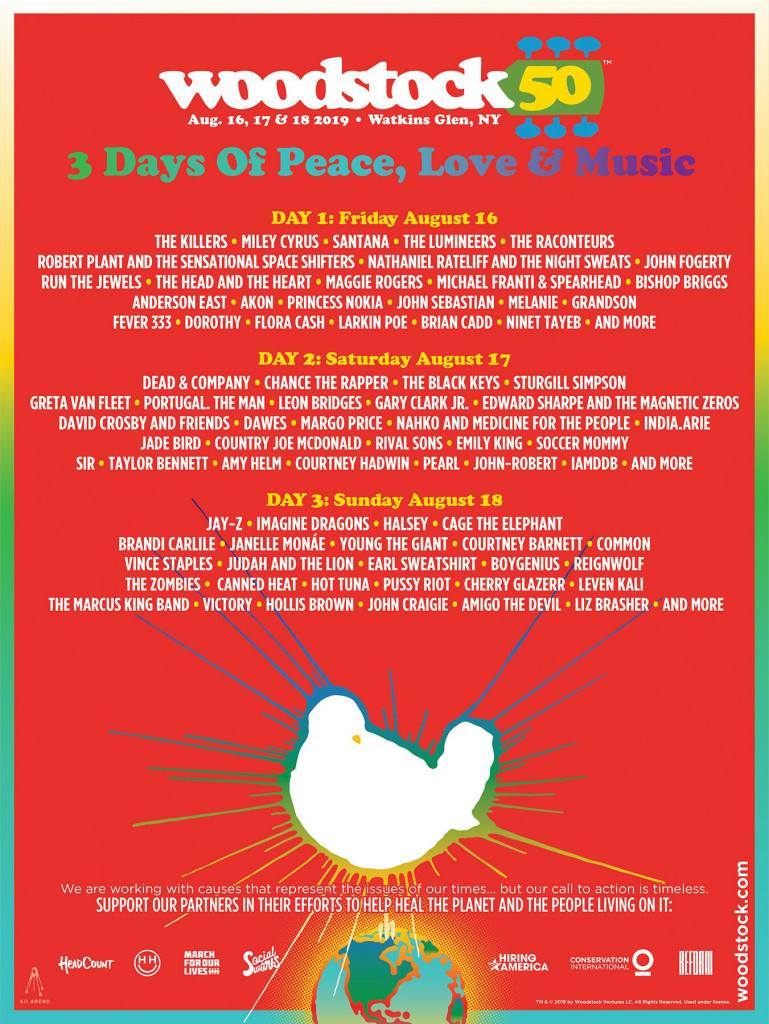 Rezz Announces Her Next EP Is Done