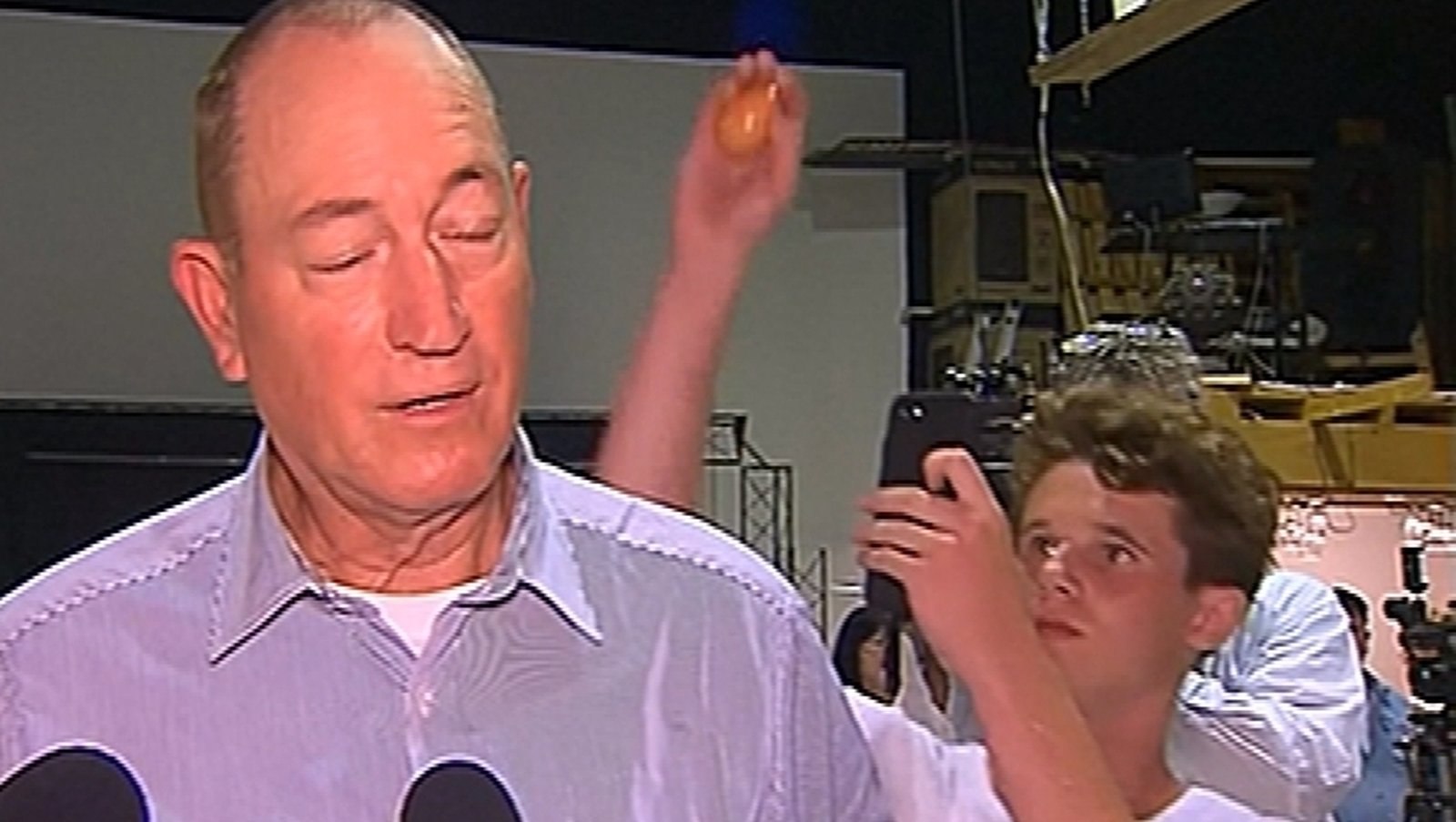 Acts including Hilltop Hoods, Joel Birch, The Living End and more have offered the young, brave man free entry to their shows for life. He even scored free tickets to Rolling Loud Music Festival this year, and every year.

17-year-old Will Connolly from Hampton, Melbourne gained instant fame over the weekend for smashing an egg on the head of far-right Australian political figure, Senator Fraser Anning. The egging happened as the senator addressed reporters in Melbourne, Australia on Friday following the Christchurch shooting.

Connolly was arrested and released pending further investigation, according to police.

Holy shit, he full smacks him with a lefty and egg boy just cops it and keeps filming. Cool as ya like mate, what a legend! Egg boy has guest list for life. Hell, he can be our official photographer too… Love you egg boy! pic.twitter.com/szNIHpQVCv

Egg Boy didn’t act without warrant. This happened after Senator Anning was widely condemned for blaming the devastating Christchurch massacre in New Zealand on Muslim immigration.

“I am utterly opposed to any form of violence within our community, and I totally condemn the actions of the gunman,” Anning said. “However, whilst this kind of violent vigilantism can never be justified, what it highlights is the growing fear within our community, both in Australia and New Zealand of the increasing Muslim presence.”

See more of his statement here…

At the core of this delightful bit of internet gold is a very serious political issue. Music events like Rolling Loud and the artists below are showing their support for Egg Boy (and shame against Senator Anning), with free guestlist and +1s. The larger scope — this is a stand against bigotry.

A GoFundMe campaign has also been initiated in honor of Egg Boy, and more importantly the victims of the Christchurch terrorist attack. At least 50 people were killed and 50 more wounded in the horrific mosque shooting.

The GoFund me states, “Money raised will go to EggBoi for legal fees” and “more eggs.” Egg Boy has since added he plans to send the “majority of the money to the victims of the Christchurch terrorist attack.”

Egg Boy, you have free entry to any Hoods show for life should you wish.

If Egg Boy likes Amity he can have free entry +1 to all of our shows forever.

This kid is welcome at any TLE show. Anytime. Anywhere. In egg boy we trust. https://t.co/EBI0Vhm0iM

This is great. Let’s make this a thing. Egg boy has free entry to every @JebediahHQ and @BobEvansMusic gig for life if he so chooses #eggboy

Who needs the @triplej golden ticket when you are #eggboy.