The Chainsmokers brought the house down last night during their Ultra Music Festival finale performance on the main stage. Ultra 21 was fraught with many difficulties beginning with shuttle service issues on Night 1 and various sound failures, but ultimately concluded on a high note with hope for the future.

One of the big moments during The Chainsmokers’ performance was bringing out Illenium to perform their unreleased collaboration for the first time ever. Now, in the aftermath of the performance, The Chainsmokers and Illenium have announced a new super group called BIG CITY DREAMIN.

According to the announcement, the two will tour together in the fall with more new music between them. This is easily going to be one of the biggest shows of the year and one you will not want to miss! 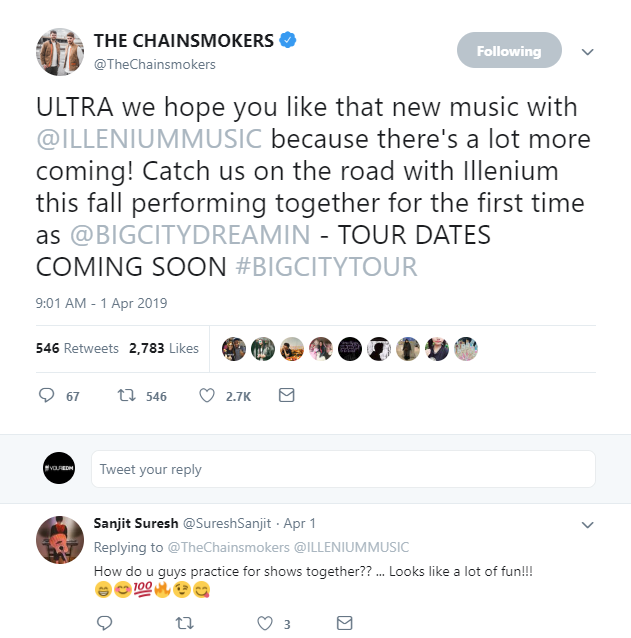