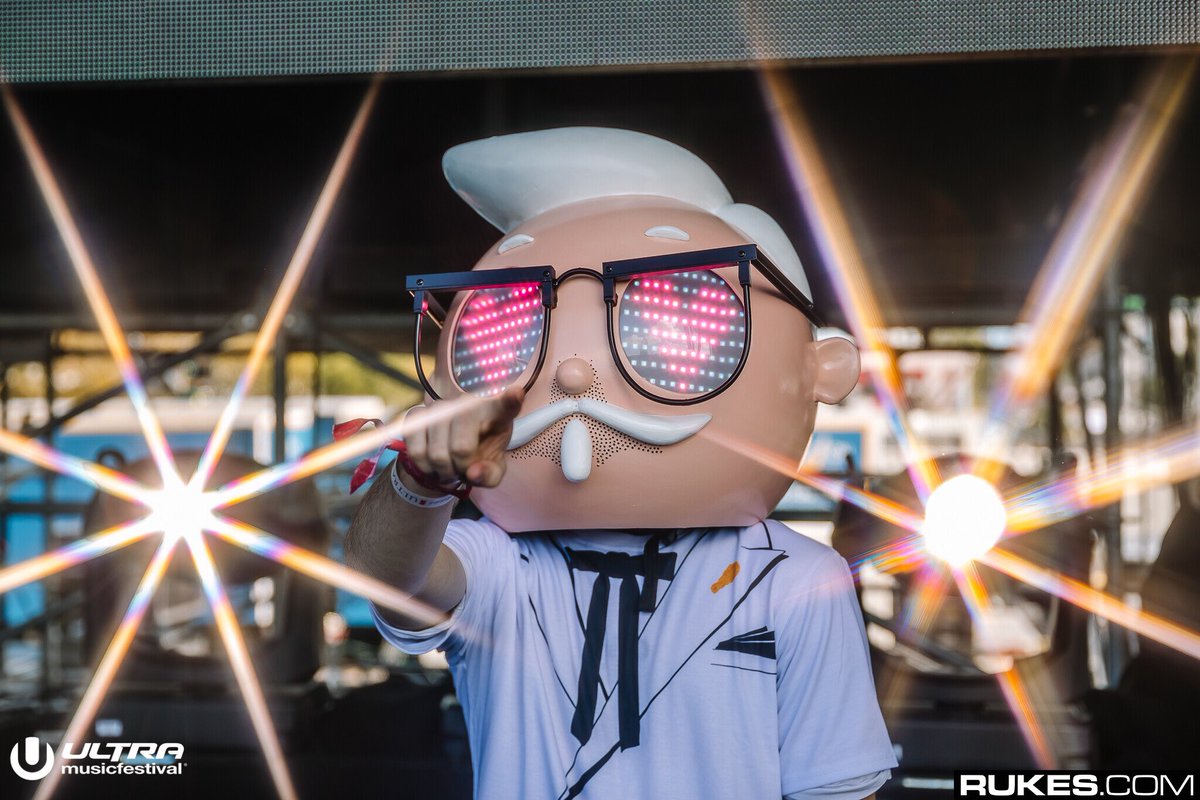 KFC Reveals Marshmello Was Under Colonel Sanders Mask At Ultra

Ultra Music Festival enjoyed its new home on Virginia Key in Miami this past weekend with three full days of performance, going until 2am for the first time. Already going into the weekend with a grain of salt, Ultra didn’t do itself any favors by selling a timeslot to chicken fast food joint KFC on Friday afternoon.

Colonel Sanders came on stage at 3:55 PM on Friday and played a 5 minute “set” in what would have otherwise been a silent changeover. Despite not actually taking a set “away” from any other DJ, the move still inspired scorn from the electronic music industry and fans alike.

One of the first to call out the move was Marshmello, who tweeted, “This @kfc colonel sanders Djing at @ultra is lame. I can think of a lot of other artists that actually deserve to be on that stage instead.” That tweet has since been deleted.

As it turns out, Your EDM has discovered that Marshmello himself, aka Chris Comstock, was the one under the mask the whole time. KFC figured that the masked DJ was already “anonymous” to a degree, “so switching out one mask for another didn’t seem like it would be a big deal,” the fast food chain told Your EDM.

“We approached Ultra about the idea about a month before the festival with no idea who would actually play the set,” a KFC spokesperson said. “But when we started really thinking about it, there was no one who could pull off the masked DJ better than someone who was already a masked DJ, and that made our decision very easy.”

In lieu of money, Marshmello was paid for the performance with a card affording him unlimited KFC meals for the next 50 years ($20 or less).