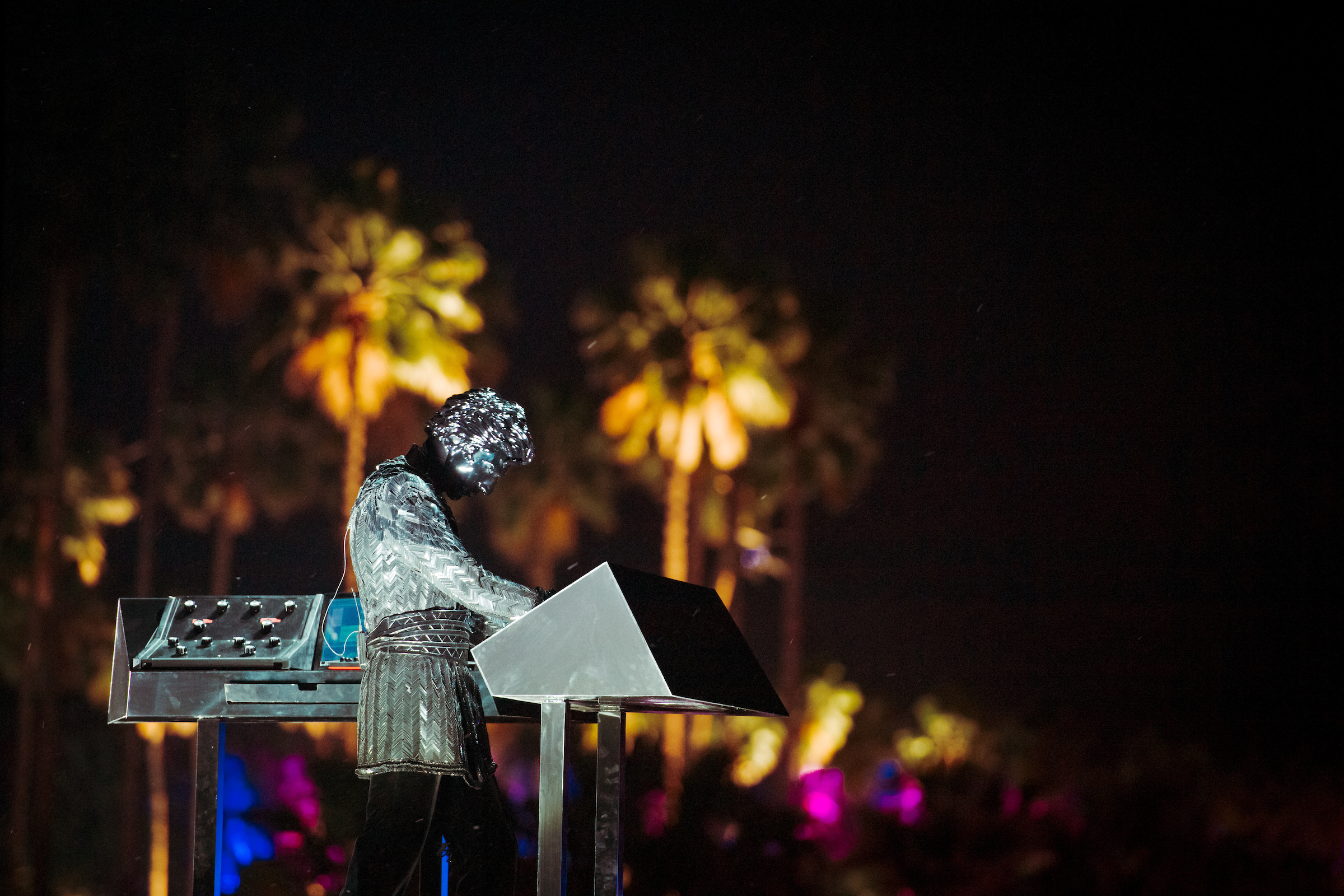 Gesaffelstein is truly the prince of darkness. Not only did he create an utterly eerie and thrilling Coachella experience — he brought the blackest of blacks to the stage.

The technology known as Vantablack is a designer type black — “a very scarce, very expensive, and quite fragile material.” Made by Surrey NanoSystems in the UK, it’s the truest of blacks. The world’s blackest black in fact.

According to a report by The Verge, the material is quite disorienting to the brain, as it erases visible features on any 3D surface. Unless you saw this tripped out blackness live, in person, it’s a little difficult to wrap your head around. Although, videos from the performance will give you an idea of Gesaffelstein’s blackout set.

Show producer Matthias Leullier explains it best, via The Verge: “One of our sound engineers was onstage and found himself in the monolith. [He] became confused and lost his balance. He fell, hit the surface, and I was like, ‘Okay that’s $20,000.’”

The Vantablack screens give off the sense of infinite darkness. If you were completely sober and felt like you were tripping, that’s exactly why.