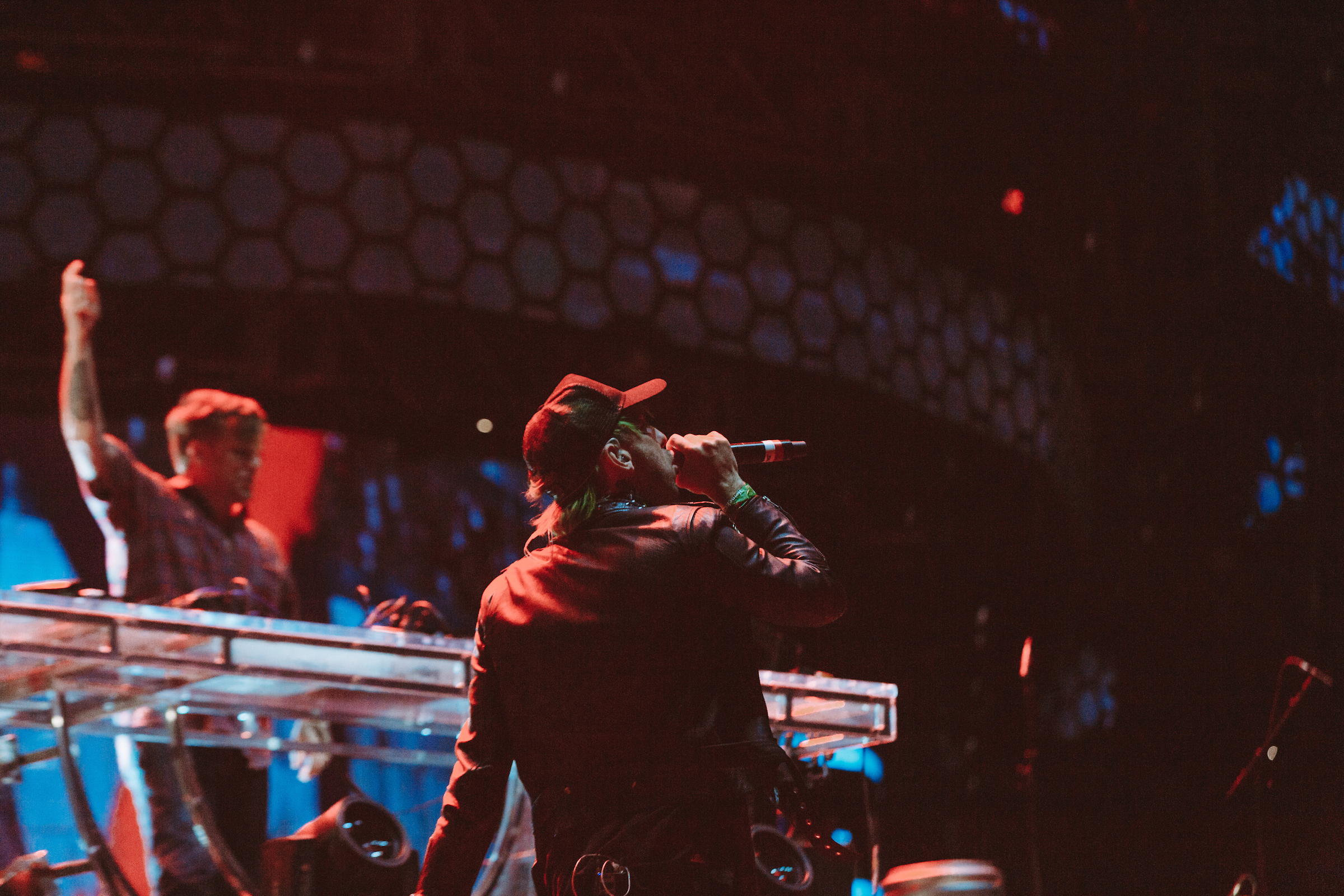 Kayzo has been working hard these past eight months to blur the line between emo, rock, and EDM more than ever before. (Though, it could be said he started way back with OVERLOAD, as well.) Teaming up with names like xo sad, Underoath, Our Last Night, and Bless The Fall, he’s been doing a terrific job of it. Now today with his new single “Up In Flames,” featuring All Time Low’s Alex Gaskarth, it seems he’s finally hit the perfect 50/50 split.

“Up In Flames” sounds like it could easily be an All Time Low original, due in large part to Gaskarth’s vocals. It also sounds equally like a Kayzo song, from the production and overall vibe of the track. But as AP notes, Gaskarth had a heavy influence on the track from top to bottom, as well.

“The song itself and the production behind it has become my best example to date of the blurred line of rock and electronic music that I am continuously working to create,” Kayzo explains.

As for the song’s concept, Gaskarth explained the meaning behind it, which is captured in the video.

“‘Up In Flames’ is about passion and the juxtaposition of the metaphor of fire itself,” he says. “[It’s] the way it can be used to describe someone igniting a room when you see them, vs. the idea of burning it all down and starting again when things go wrong.”

Kayzo’s still-untitled second album is due out sometime this year. Check out “Up In Flames” below.