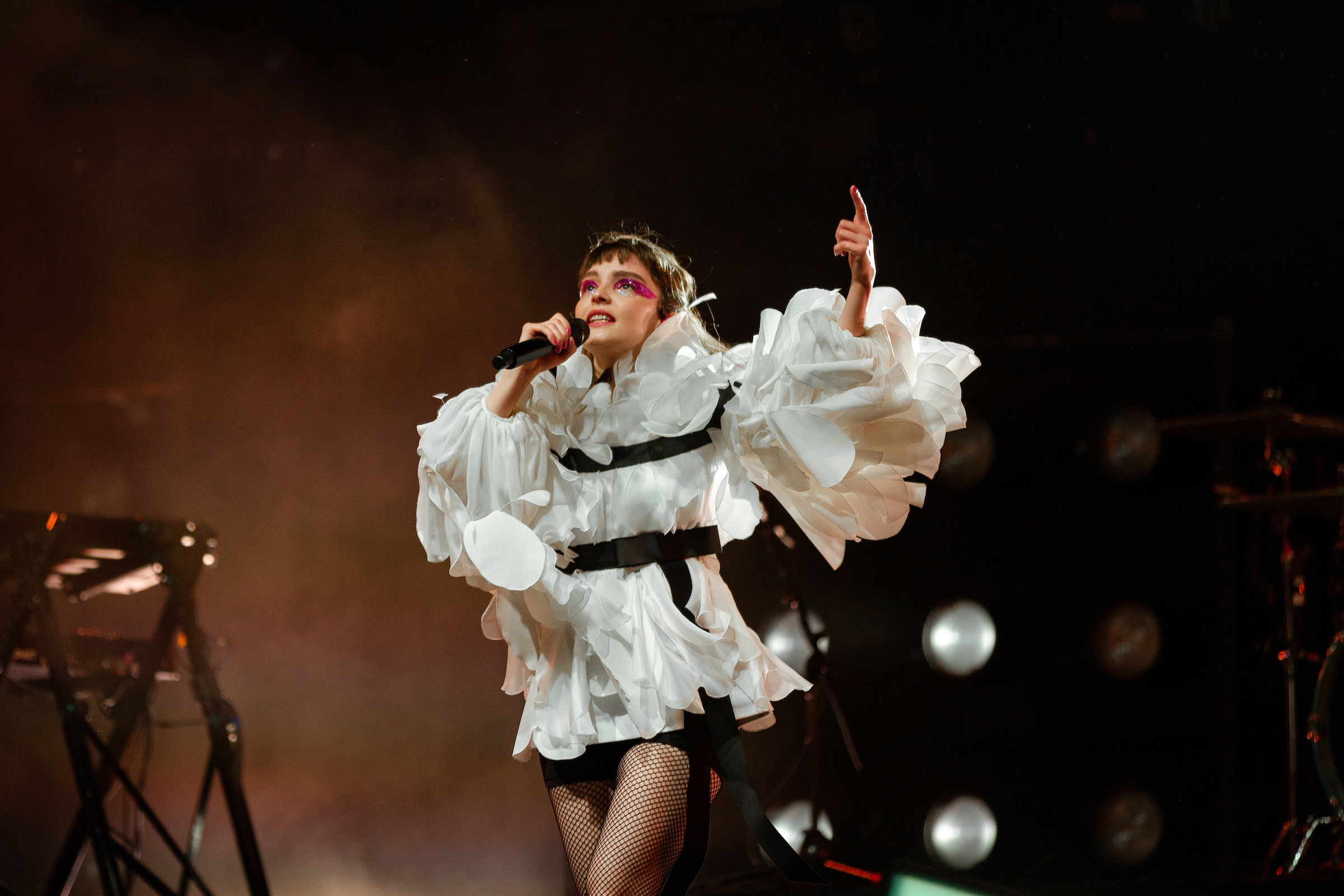 Last week, CHVRCHES made posts on social media condemning Marshmello for working with abusers Chris Brown and Tyga. In their post, they wrote: “We like and respect Mello as a person but working with people who are predators and abusers enables, excuses and ultimately tacitly endorses that behavior. That is not something we can or will stand behind.”

The statement reignited the debate as to whether (or when) past abusers could possibly be forgiven for their actions, or whether people should separate the artist and their art. There were vocal minorities on both sides, but CHVRCHES lead singer Lauren Mayberry has received the worst of it.

Across two separate posts on Instagram, she shares DMs sent by outraged Brown and Tyga fans who hurl insults and threats of death and rape toward her.

These are independent of — or perhaps fueled by — Chris Brown’s response to CHVRCHES on Instagram, in which he said: “BUNCH OF LOSERS. these are the type of people I wish walked in front of a speeding bus full of mental patients, Keep groveling over your own insecurities and hatred.”

Tyga, to his credit, responded with a bit more class: “Where [sic] all God’s children. Everyone makes mistakes no ones perfect. Let’s keep the energy positive.”

See the DMs sent to Mayberry below, who has since disabled comments on her last two posts in light of persistent and constant harassment. More examples of death threats can be seen in her most recent highlighted story on Instagram.

The last “bitch” really helped get the point across 🤣 Angry men on the internet can call me all the names they want. I still think domestic abuse is wrong. Peace out, internet. Tomorrow is a brand new day.