Swedish House Mafia are set to begin their massive new tour this week, May 2, 3, and 4 in Stockholm, Sweden, but a strike from pilots at Scandinavian airline SAS threatens 35,000 people traveling to the shows from abroad.

According to Reuters, “667 flights were canceled on Monday and 546 on Tuesday affecting more than 100,000 passengers in two days.” Negotiations broke down this weekend, and it’s unclear when the underlying issues could be resolved. 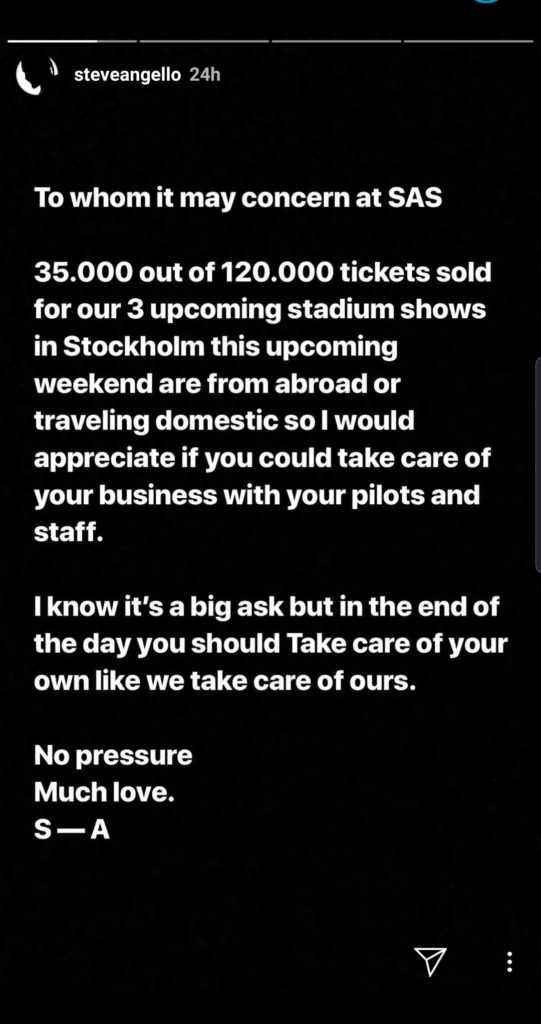 Steve Angello has called upon those at SAS with any power to end the strike and “take care of your business with your pilots and staff.”

He continues, “I know it’s a big ask but in the end of the day you should take care of your own like we take care of ours.”

The strike presents a major problem for those traveling to Stockholm for the Tele2 Arena shows this week as SAS is part-owned by the government, and it’s one of the main airlines that operate flights to Sweden.

If you’re traveling on an SAS operated flight, check the SAS Flight disruption website for updates and flight information.