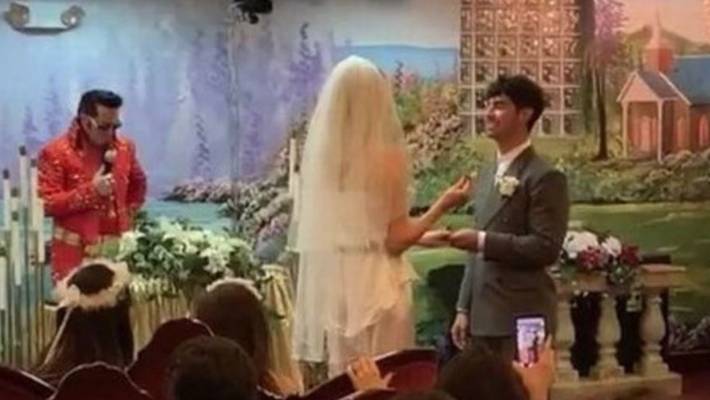 Sophie Turner and Joe Jonas got hitched this week in a surprise Las Vegas-style wedding complete with an Elvis impersonator.

Not only that, but Diplo live streamed the whole thing. Which isn’t generally considered proper wedding etiquette, but this was most certainly not your typical wedding.

The couple had been engaged since October 2017, but apparently this all happened pretty quickly. Following the Jonas Brothers‘ Billboard performance, Sophie and Joe decided to elope, inviting a star-studded guest list and booking Diplo as their DJ.

Khalid was also in attendance and country duo Dan + Shay performed their hit song “Speechless,” as the couple’s wedding song.

You know that saying — What happens in Vegas, stays in Vegas. Not so much the case here. All thanks to Diplo.

Diplo really streamed while Joe and Sophie were getting married I- pic.twitter.com/jsW9LVGAD6