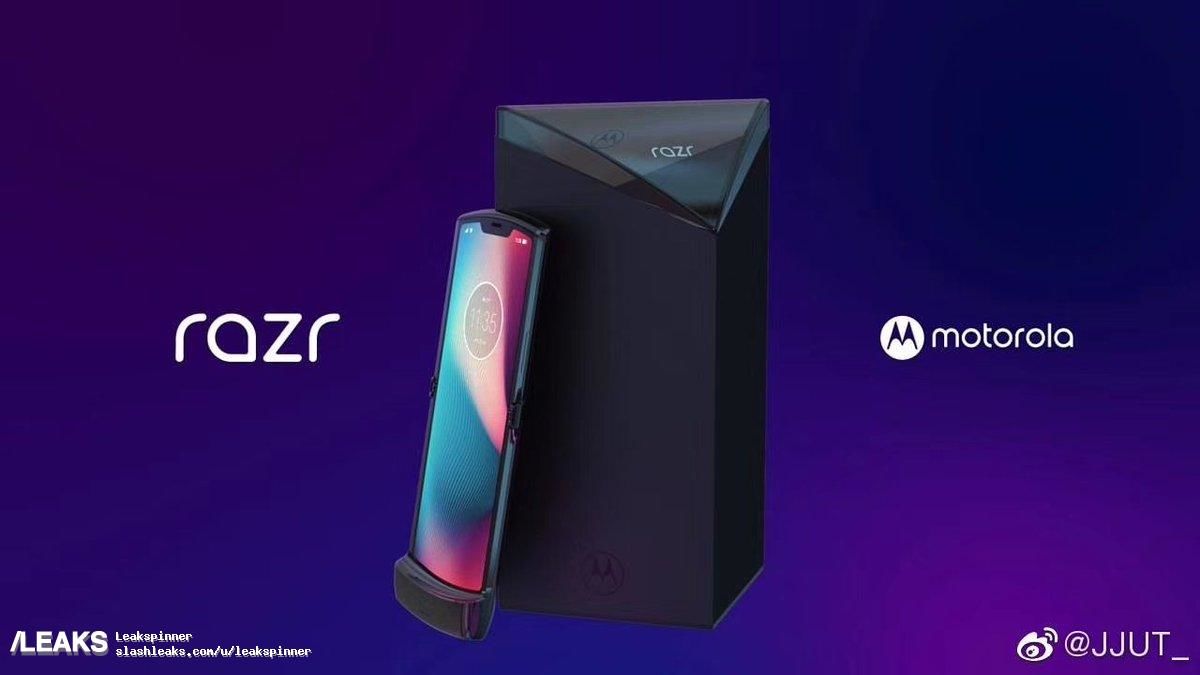 Ever since plans of a new-and-improved RAZR fit for the modern age were revealed, tech enthusiasts have been hot and bothered over the potential designs. This new leak looks official and spot on with earlier renders, leading insiders to believe it’s the real deal.

In 2019, it’s all about the packaging and the new RAZR will come with a sleek, black prism-shaped box. The leaked images feature a wireless charging station included with the smartphone. Plus, a range of accessories.

Motorola confirmed the company was working on a new and improved RAZR in February, promising it would come out, “[no] later than everybody else in the market.”

The phone is expected to cost somewhere around $1500, whenever it eventually releases.