Ever After Music Festival Allows Weed For First Time Ever

Canada’s Ever After Music Festival is changing the game by allowing the possession and consumption of cannabis on-site. This is the first major music festival to do so across the country and accomplish what no major U.S. festival has done thus far.

On a smaller scale, festivals like Northern Nights in California will tested out the same kind of policy a month later. The main difference being cannabis will not be sold at Ever After — the festival is only allowing attendees to bring in their own product. Still, Ever After, located in Kitchener, ON, is a sizable guinea pig for the area.

In 2018, Canada legalized marijuana, so it only makes sense that festival culture would embrace the freedom to smoke down. Selling weed, however, is not allowed on festival grounds.

Below, Ever After details the full policy, which allows anyone 19+ to smoke in the designated smoking areas – cannabis cannot be used in areas where food or alcohol are also sold. Individuals are allowed to keep a ton of weed on their person — 10 grams per person in the festival and 28 grams per person at camp.

If you want to check out Ever After, the event has a killer lineup and goes down June 7 – 9. 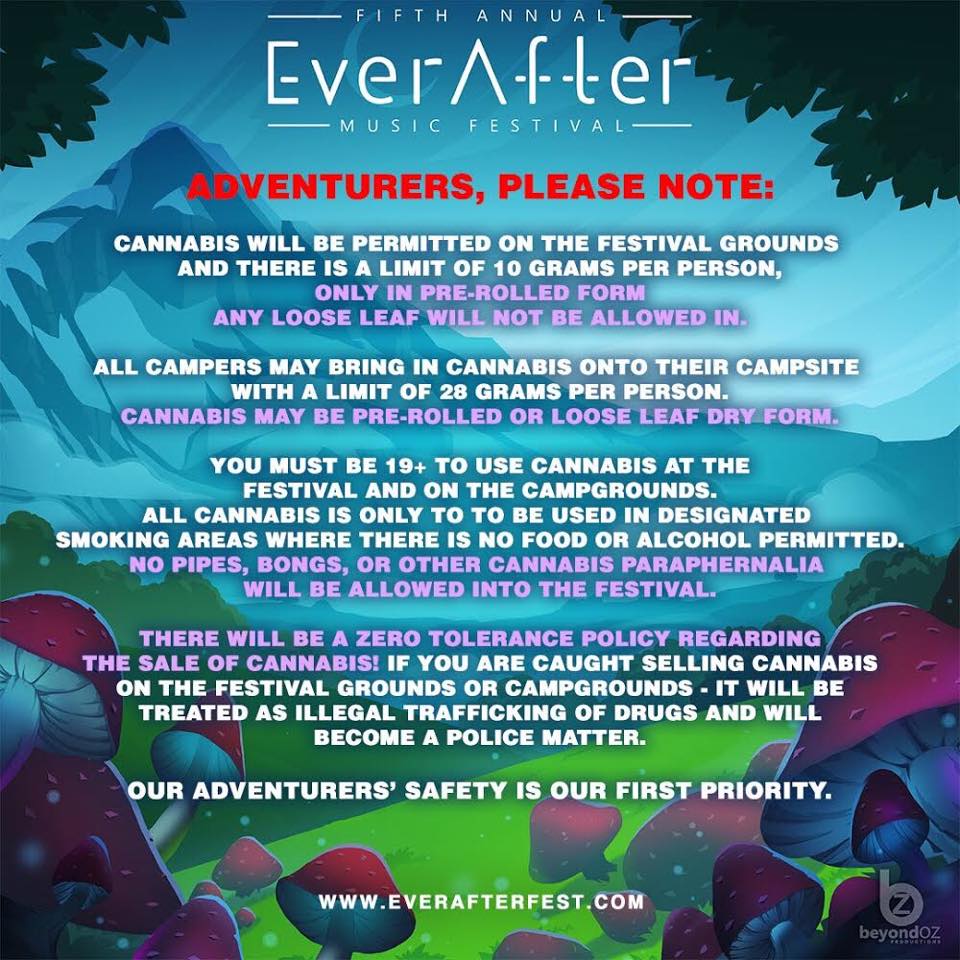 Source: CTV News | Photo: Tristan Renaud for Ever After Festival