With the expansion of internal and external storage within cell phones in recent years, standalone MP3 players like the iPod or Zune have become more of a novelty than the necessary accessory they were in the early ’00s. That being said, fashion is cyclical, and there’s always opportunity for the retro to come back in style.

Apple today introduced the new iPod touch. That’s right, the last great MP3 player is getting an update for 2019 with all new bells and whistles, and a sleek look. The internal processor is now an A10 Fusion chip (the same one found in the iPhone 7) along with a new 256GB storage option. And better yet, it’s still relatively affordable.

“We’re making the most affordable iOS device even better with performance that is twice as fast as before, Group FaceTime and augmented reality starting at just $199 [for the 32GB model],” said Greg Joswiak, Apple’s vice president of Product Marketing. The new iPod Touch will run you $299 for the 128GB model and $399 for the 256GB model. “The ultra-thin and lightweight design of iPod touch has always made it ideal for enjoying games, music and so much more wherever you go.” 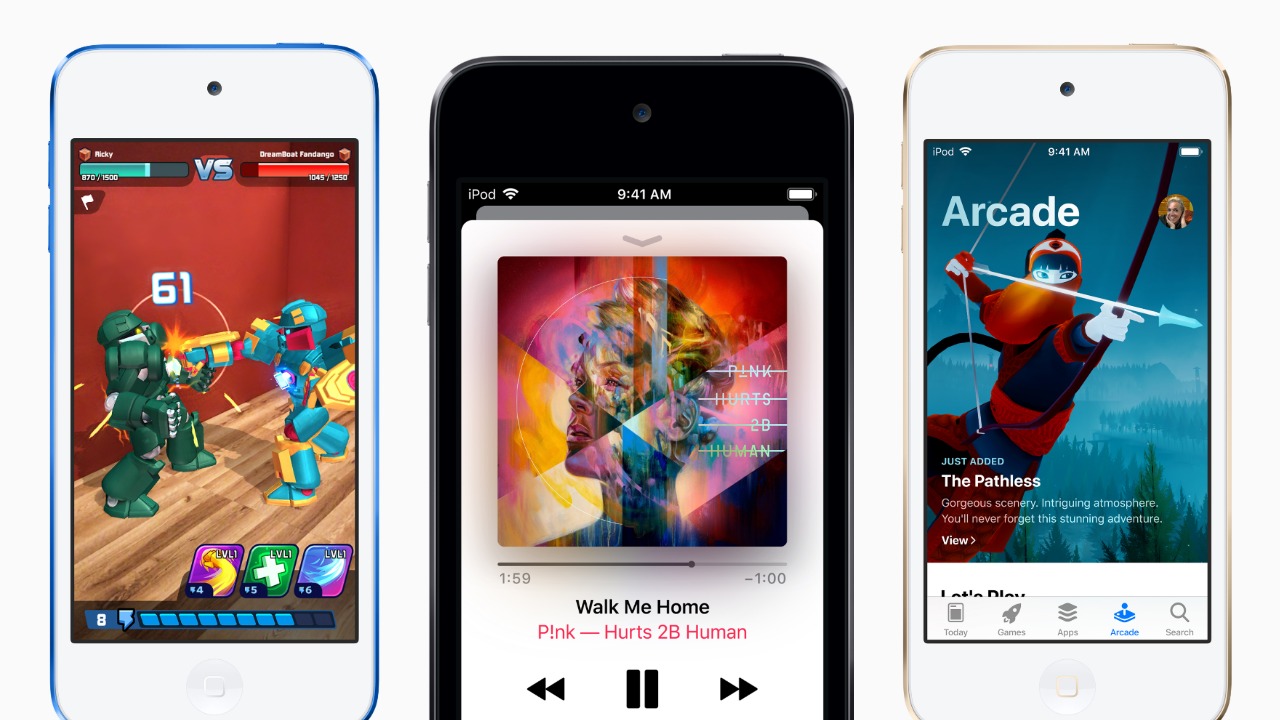 Though an expanded internal storage will allow users to store more music for offline listening, the device still supports music streaming with Apple Music, a catalog of over 50 million songs, thousands of playlists, Beats 1 Radio, and more.

The A10 Fusion chip also supports smoother graphics in games on the devices, and the new Apple Arcade service. “This fall gamers can look forward to Apple Arcade, a game subscription service with over 100 new and exclusive games with no ads or additional purchases, and the ability to download games for offline play. Apple Arcade is the perfect complement to the already enormously popular catalog of free games on the App Store.”

The new iPod touch models are available to order starting today from apple.com and in the Apple Store app.