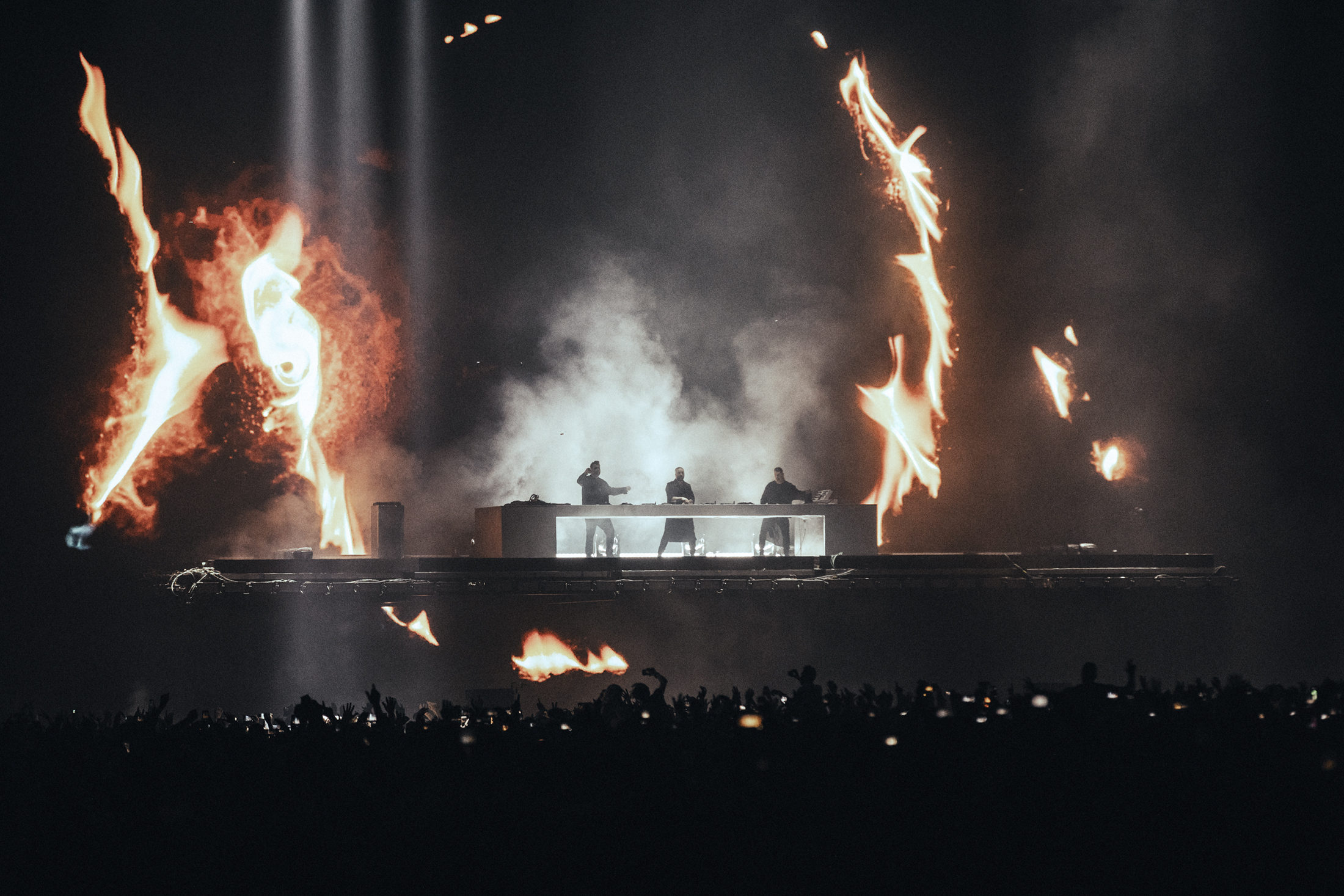 It always seems like Swedish House Mafia’s “epic” reunion tour is one step forward and two steps back. After a grueling promotional campaign over which they announced more than a dozen shows (and none in the US), they’ve still yet to release any new music and are relying purely on nostalgia for ticket sales.

I suppose if something ain’t broke, don’t fix it. But it’s a huge disservice to Swedish House Mafia fans, in my opinion.

Now, the group has dropped a new shirt as part of their merch line and it’s getting a lot of mixed reactions from fans. Resembling the metal band designs of the ’80s, with bold lettering, plenty of red & fire and lightning, the shirt is selling for €40. Of course the die hards copped them immediately, but plenty of people aren’t so eager to bite into the hype.

See some of the responses below.

This is the shit you walk past at a street market, without even looking at it!

Can you guys just try to release some music? Thanks.

Those designs are ugly as fuck