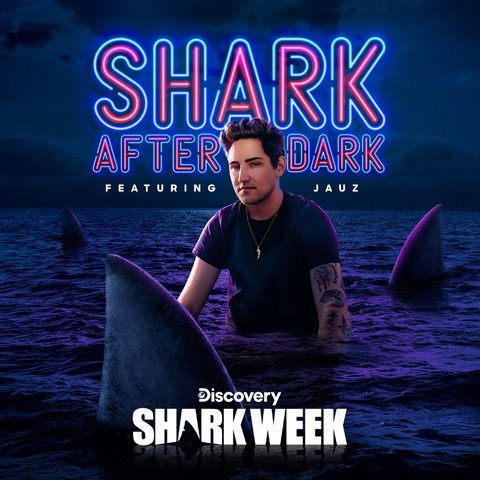 Jauz always celebrates Shark Week in big ways. In 2017, he put out his Off The Deep End EP, also launching his label compilation at the same time. In 2018, he put out a massive VIP of Skrillex’s remix of Chase & Status’s “International.”

This year, he’s going bigger than ever, officially partnering with the Discovery Channel during Shark Week for a set of special TV appearances and collaborative moments. Jauz will be a nightly guest and DJ on Shark Week’s late-night talk show SHARK AFTER DARK hosted by Rob Riggle. Jauz’s ‘Baby Shark’ remix will be used on-air during Shark Week and across Discovery Channel’s Snapchat over the course of filming.

Well, you could say #sharkafterdark episode one was a success 😂😂😂 never thought I would have @ADAMDEVINE and @joelmchale throwing balls at my face but I’m not mad at it 😂 can’t wait to see what happens the rest of the week @SharkWeek pic.twitter.com/IiocMgy9IW

Joining his close friend Marshmello, the pair will be on a special Shark Week Edition of “Cooking With Mello.” In addition, Jauz will be releasing a collaborative clothing collection and donating a portion of the proceeds to wildlife charity Ocean Conservancy. You can check out the merchandise line here.

Tune in LIVE every night this week to the Discovery Channel and DiscoveryGO at 11:00pm PST to catch Jauz on-screen during Shark Week’s SHARK AFTER DARK!