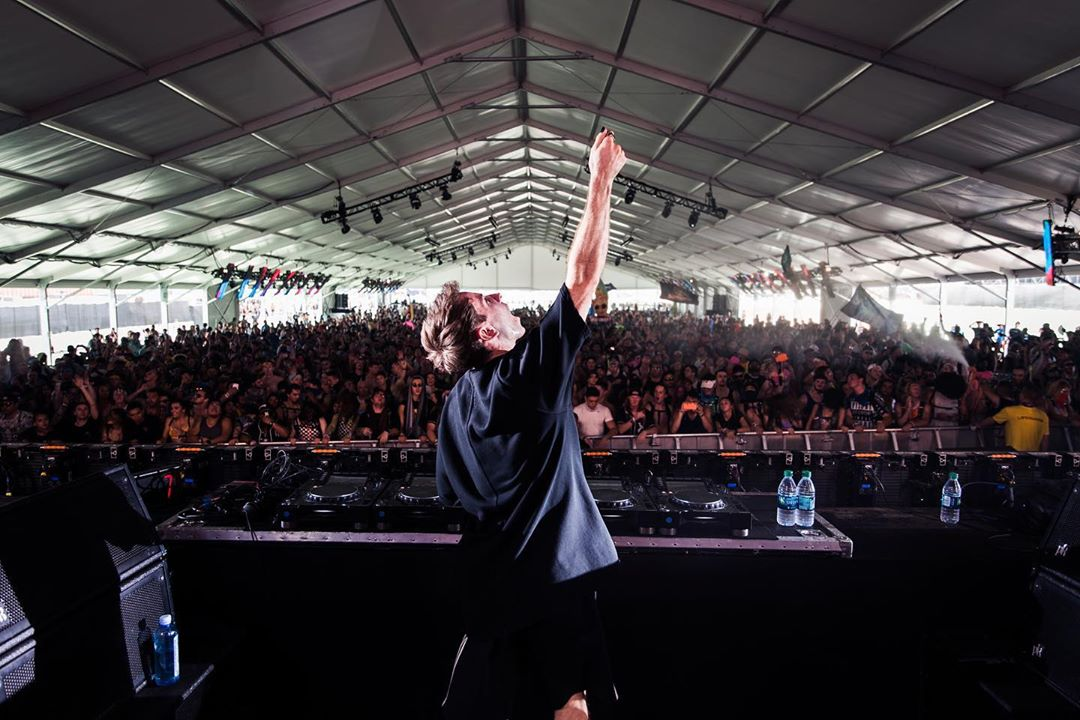 One of the most anticipated sets of the weekend at HARD Summer was undoubtedly Blanke’s SoCal festival debut on Sunday at 3pm. Though early, the Green Tent was packed with plenty of fans ready to rage to the producer’s unique blend of midtempo and bass.

Toward the very end of his set, Blanke hopped on the mic to hesitantly announce he was about to play an unheard collab — “It actually hasn’t been played out before, I can’t believe I’m actually fucking announcing this.” He then played his unreleased collab with Illenium off his forthcoming Ascend album, “Gorgeous” with Bipolar Sunshine.

The track begins with a wonderful indie pop verse from Bipolar before entering the pre-drop intro, teasing the ensuing madness. Sure enough, the drop is classic Blanke with glitching vocals and thunderous synths.

This one is out August 16 on Illenium’s album. Listen below!